'Nobody Wants to Give Anybody a Win': Rep. Kinzinger Calls for More Compromise to End 'Shutdown Idiocy Cycle' 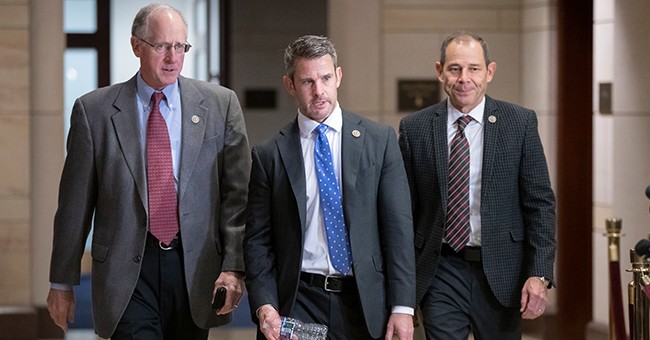 Rep. Adam Kinzinger (R-IL) became frustrated on CNN Wednesday with the impasse over immigration between the Trump administration and Democrats that has led to the now weeks-long government shutdown.

So far, the Democrats have refused to budge on President Trump's $5.6 billion funding demand for a border wall and the White House rejected legislation that did not meet those demands. The rejected funding bill also had other controversial language, including an attempted expansion of abortion funding overseas.

“If it’s an agreeable bill, agreeable appropriations, I’ll reopen as much government as we can,” Rep. Kinzinger told CNN’s Manu Raju, “but Democrats are going to have to come to the table and compromise. We are too — it’s not going to be just our way or the highway.”

Kinzinger went on to express frustration at the stubbornness of both sides of the aisle on the issue, saying “nobody wants to give anybody a win or anything else.”

“This is like a super easy issue to solve, and this is what just frustrates me out here, is we can all solve this,” he emphasized. “It’s like an 80 percent agreement when we’re done.”

Adam Kinzinger, who voted against Democratic efforts to reopen government last week, says today: "If it's an agreeable bill, I'll open as much government as we can," railing on the "stupid shutdown idiocy cycle" and calling on both sides to cut a deal pic.twitter.com/sha5cax1XY

“We’ve got to get past this or we’re going to continue in this stupid shutdown idiocy cycle for the rest of our time out here and that’s got to stop,” he concluded.

Discussions between the White House and House Democrats will continue as the shutdown goes on to its 19th day. President Trump gave a televised address Tuesday evening emphasizing the importance of border security. House Speaker Nancy Pelosi (D-CA) and Senate Minority Leader Chuck Schumer (D-NY) gave a response blaming Trump for the shutdown and claiming that immigrants are not a security threat.