Breaking: Senate Will Move Ahead With Planned Floor Vote on Kavanaugh 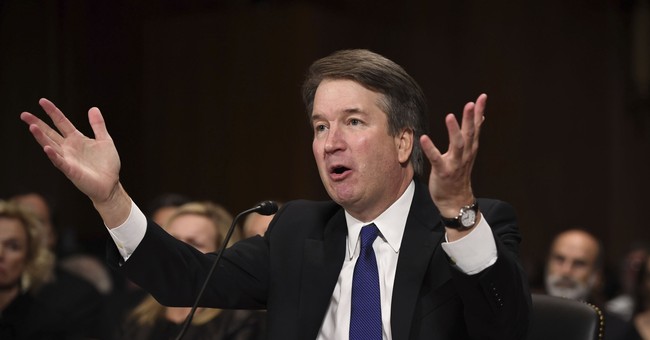 Senate Republicans confirmed Thursday evening that they will be moving ahead with a committee vote and then a floor vote on Supreme Court nominee Judge Brett Kavanaugh.

Sen. John Cornyn (R-TX) told reporters that the Senate Judiciary Committee plans to hold a vote on Friday morning. The full Senate will then hold an initial procedural vote Monday and the final vote on his nomination will likely take place Tuesday.

"I'm optimistic, yeah. I don't see any reason why he wouldn't be voted out positively," Cornyn commented.

Kavanaugh denied other last-minute allegations as well from Deborah Ramirez, who claimed he exposed himself to her at a party in college, and from Julie Swetnick, who claimed he took advantage of girls at parties and that these parties regularly included gang rape.