Trump Says Europe Is 'Losing Its Culture' Due to Immigration 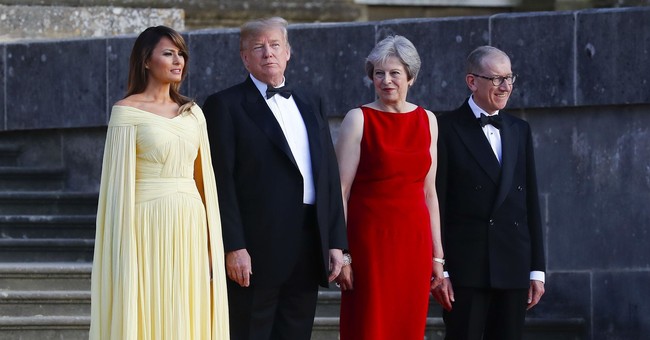 President Trump criticized Europe’s lax immigration policies in an exclusive interview with The Sun which was released as Trump arrived in the UK Thursday for his first visit as US president.

Trump told the British tabloid that “allowing the immigration to take place in Europe is a shame."

“I have great love for countries in Europe,” he emphasized, “don’t forget, essentially I’m a product of the European Union, between Scotland and Germany. Right? My father Germany, my mother Scotland.”

"I think you are losing your culture," he said. "Look around. You go through certain areas that didn’t exist ten or 15 years ago."

"I think it changed the fabric of Europe and, unless you act very quickly, it’s never going to be what it was and I don’t mean that in a positive way," he cautioned.

President Trump also criticized British Prime Minister Theresa May in the interview and her Brexit proposal which was finalized Friday and led to the resignation of some of her Cabinet members, including Foreign Secretary Boris Johnson.

"I was very surprised and saddened that he was getting out of government," Trump said of Boris Johnson, adding that he would “make a great prime minister.”

Trump warned that May’s proposal, which maintains much of the UK’s existing trade relationship with the European Union, would kill chances of a UK-US trade deal.