Trudeau on Groping Allegation: I Did Nothing Wrong But Someone May Have Experienced It 'Differently' 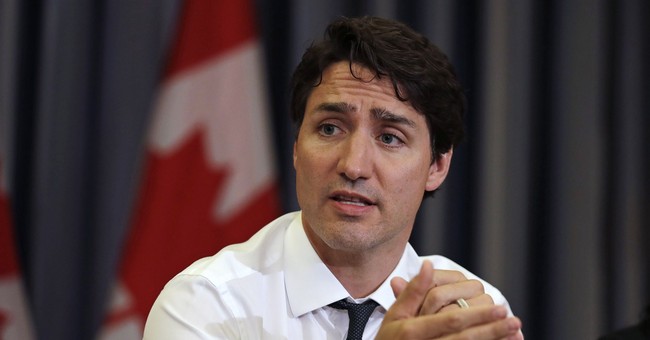 The allegations first appeared in an anonymous editorial in the Creston Valley Advance which resurfaced on Twitter. The article also says Trudeau apologized, saying “I’m sorry. If I had known you were reporting for a national paper, I never would have been so forward.”

Initially the Canadian Prime Minister told The Washington Post that he remembered “no negative interactions" from that day.

"I remember that day in Creston well. It was an Avalanche Foundation event to support avalanche safety. I had a good day that day. I don’t remember any negative interactions that day at all," he said.

However, on Thursday, Trudeau admitted that he did apologize to the reporter and he respects that she “might have experienced” the interaction “differently.”

"If I apologized later, it would be because I sensed that she was not entirely comfortable with the interaction that we had," he said before finally admitting, "I apologized in the moment."

"I’ve been reflecting very carefully on what I remember from that incident almost 20 years ago," he added. "I do not feel that I acted inappropriately in any way. But I respect the fact that someone else might have experienced that differently."

He went on to tie in the #MeToo movement saying this is a “lesson” society is learning.

“I don’t want to speak for her, I don’t want to presume how she feels now,” Trudeau said. “I’m responsible for my side of the interaction, which certainly – as I said – I don’t feel was in anyway untoward.”

“But at the same time, this lesson that we are learning – and I’ll be blunt about it – often a man experiences an interaction as being benign, or not inappropriate, and a woman, particularly in a professional context can experience it differently,” he emphasized. “And we have to respect that, and reflect on it.”

Trudeau, a staunch supporter of the #MeToo movement, once interrupted a woman at an event and instructed her to say “peoplekind” instead of “mankind” because it was “more inclusive.”