Bill Clinton Defends Franken: It Was a 'Difficult Case' and the SNL Women Defended Him 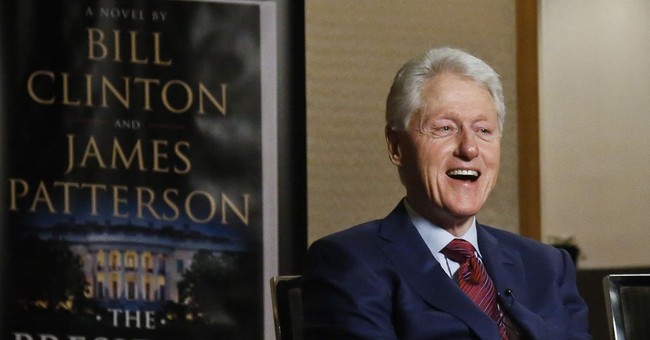 PBS’s Judy Woodruff asked former president Bill Clinton Thursday whether he thought it was a “good thing” that norms have changed when it comes to sexual harassment. Woodruff’s example was former Minnesota senator Al Franken being forced to resign his post after accusations that, Woodruff said, were less serious than what happened in the Lewinsky scandal.

"Well, in general, I think it's a good thing, yes," Clinton said about norms changing.

He then proceeded to defend Franken and question the legitimacy of some of the accusations against him.

"I will be honest,” he said, “the Franken case, for me, was a difficult case, a hard case."

He cited the support Franken received from women at ‘Saturday Night Live’ and called the first accusations, from radio anchor Leann Tweeden, “fantastic.”

"There may be things I don’t know. But maybe I’m just an old-fashioned person, but it seemed to me that there were 29 women on ‘Saturday Night Live' that put out a statement for him, and that the first and most fantastic story was called, I believe, into question," he said.

Tweeden provided photographic evidence of former Sen. Franken appearing to grope her as she slept. She also said Franken forcibly kissed her, an incident Franken says he remembers differently.

"Too late to wade into it now," Clinton concluded of the incident. He added that it is a “grievous thing” to remove an elected official from office.

"I mean, I think it’s a grievous thing to take away from the people a decision they have made, especially when there is an election coming up again,” he said. “But it’s done now."

The former president has been in hot water recently over being unwilling to personally apologize to Monica Lewinsky despite declaring his support for the Me Too movement.

Woodruff also put Clinton in the hot seat over his friendship with Harvey Weinstein.

Clinton emphasized that he mainly saw Weinstein at events when he was with his family. "I didn't know," he said, "no one ever said anything to me."