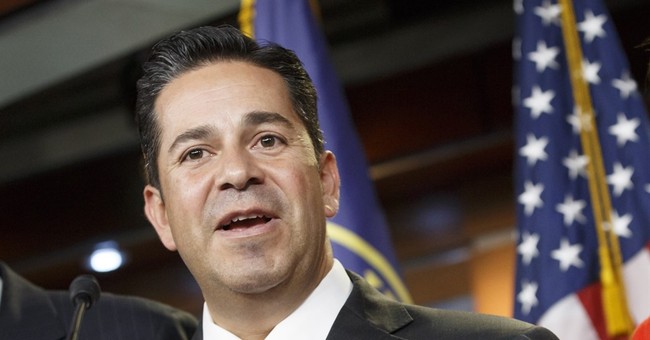 Democratic Congressional Campaign Committee (DCCC) chairman Rep. Ben Ray Lujan (D-NM) dodged a question Monday from MSNBC’s Katy Tur on whether former president Bill Clinton is someone he would invite to campaign for Democratic candidates in light of the recent interview he gave where he stood by his actions in the Lewinsky scandal.

“Talking about Bill Clinton,” Tur asked, “he did that interview with my colleague Craig Melvin today. Is he somebody that you would invite to campaign for one of your candidates?”

"Our candidates are going to makes decisions on surrogates that are going to be traveling out to their districts as well and so we will be leaving it up to our candidates,” Lujan replied, “but I would say that especially with all that's going on across America, it's about time that we are having this important conversation about #MeToo and the #TimesUp and I think that that's something that's going to play out importantly across America."

Tur interpreted that response as a negative one for Clinton

"I think that if I were Bill Clinton, I would not see that as a ‘Yes, I'm getting an invite,'" Tur commented.

Lujan replied again without directly answering the question, saying he has faith in the party’s candidates.

"We've put a lot of trust and faith in our candidates across America, candidates like Conor Lamb, who is driving the bus, if you will, and making sure that surrogates will travel out there, that made a difference to his constituents," Lujan emphasized. "I'm going to continue to put my faith in our candidates because they are incredible and they have important stories to tell as we work to restore checks and balances and earn back the trust of the American people."

After facing significant backlash for refusing to acknowledge that he owed Monica Lewinsky a personal apology for the affair, Clinton issued another public apology to Lewinsky Monday.

Clinton also said that he believes the "Me Too" movement is "long overdue."