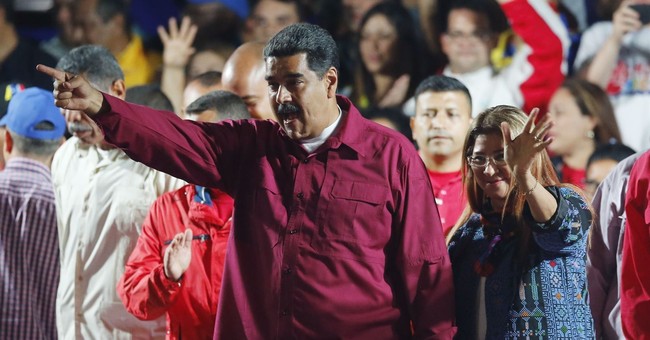 Venezuela’s President Nicolas Maduro announced Tuesday that he is expelling the top two U.S. diplomats in the country in retaliation for U.S. sanctions put in place by the Trump administration after what U.S. officials called a “sham” election.

Maduro’s re-election was widely denounced by the U.S. and other world powers over the weekend as his government banned two opposition candidates and lured voters in with food prizes for voting for him.

The U.S. Mission to the UN Twitter account tweeted that Venezuela's elections are “an insult to democracy.”

Vice President Mike Pence said that the elections were “neither free nor fair.”

“The United States will not sit idly by as Venezuela crumbles and the misery of their brave people continues,” he added. “America stands against dictatorship and with the people of Venezuela. The Maduro regime must allow humanitarian aid into Venezuela and must allow its people to be heard.”