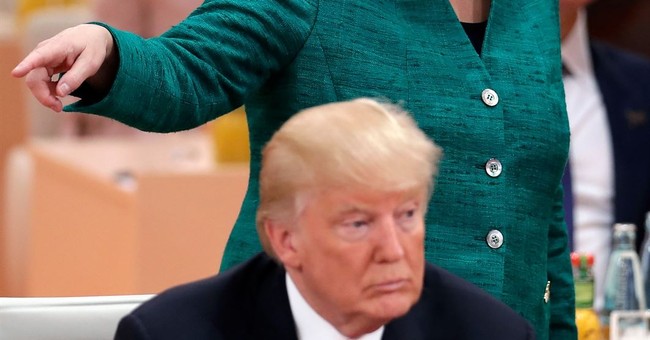 “I believe it is wrong to unilaterally tear up the agreement, which was agreed on and which was unanimously approved by the UN Security Council," Merkel reportedly told attendees at a Catholic convention. She said the decision was "a cause for concern and regret."

"If we always step away from multilateral agreements as soon as we don't like something about them, that would be a bad message for the world,” Merkel added. “We want to strengthen multilateralism.”

Merkel spoke out against leaving the deal earlier this week as well. She released a joint statement with French President Emmanuel Macron and British Prime Minister Theresa May urging other parties to remain in the deal.

“This resolution remains the binding international legal framework for the resolution of the dispute about the Iranian nuclear programme,” they wrote. “We urge all sides to remain committed to its full implementation and to act in a spirit of responsibility.”

“We urge the US to ensure that the structures of the JCPoA can remain intact, and to avoid taking action which obstructs its full implementation by all other parties to the deal,” they added.

Merkel also had some harsh words Thursday, saying the international community can’t continue to rely on the U.S. for protection.

“It is no longer such that the United States simply protects us, but Europe must take its destiny in its own hands,” she said. “That's the task of the future."

Many U.S. allies in the Middle East disagreed with Merkel's assessment of Trump's decision and praised the move.