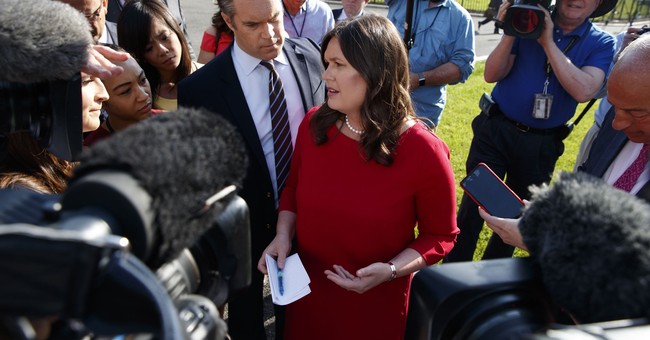 NBC’s Peter Alexander asked White House Press Secretary Sarah Huckabee Sanders Monday if President Trump accepts “any responsibility” for the current climate where there is a need to address cyberbullying.

“This is something that’s extremely important to the first lady,” Sanders replied. “I’m not going to get ahead of her announcement or her comments.”

Alexander pressed the issue later in the briefing, clarifying that he was asking about President Trump and not the first lady.

Asked whether Pres. Trump believes he has any responsibility for need to speak out against cyberbullying, Press Sec. Sanders says, "I think the idea that you're trying to blame cyberbullying on the president is kind of ridiculous." https://t.co/NkJuIoh4fP pic.twitter.com/ggeFzSd7Sg

“But does he accept responsibility for this climate that exists right now that there is the need to sort of address an issue like cyberbullying?” he asked.

“I think the idea that you are trying to blame cyberbullying on the president is kind of ridiculous,” Sanders replied.