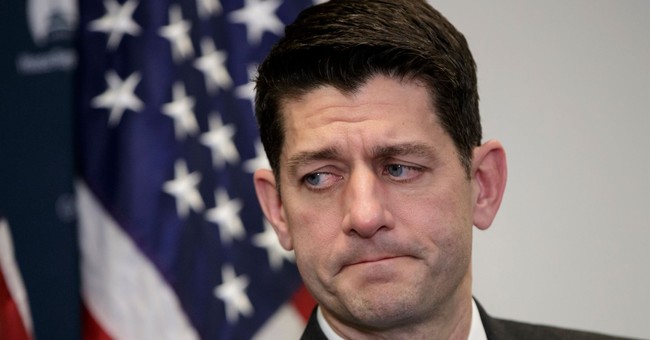 “This was not about politics or prayers, it was about pastoral services,” Ryan claimed. “And a number of our members felt like the pastoral services were not being adequately served, or offered."

"You sometimes have to make decisions on behalf of the institution that may not be politically popular," Ryan emphasized. "Father Conroy is a good man, and I'm grateful for his many years of service to the House."

Ryan added that the decision had been "based upon feedback I've been getting for quite a while from members."

There was a bit of an uproar over the Jesuit’s dismissal by Democrats and some Republicans in the House last week.

Some speculated that the priest was dismissed after he said a prayer that seemed critical of the GOP tax law.

“May all members be mindful that the institutions and structures of our great nation guarantee the opportunities that have allowed some to achieve great success, while others continue to struggle,” he prayed. “May their efforts these days guarantee that there are not winners and losers under new tax laws, but benefits balanced and shared by all Americans.”

Fr. Conroy told The New York Times that Ryan told him shortly after, “Padre, you just got to stay out of politics.”

A congressional aide for Ryan told the Times that no specific prayer was the cause of the decision.

Conroy served as House Chaplain for seven and a half years. Ryan says there will be a bipartisan process to pick Fr. Conroy’s replacement.