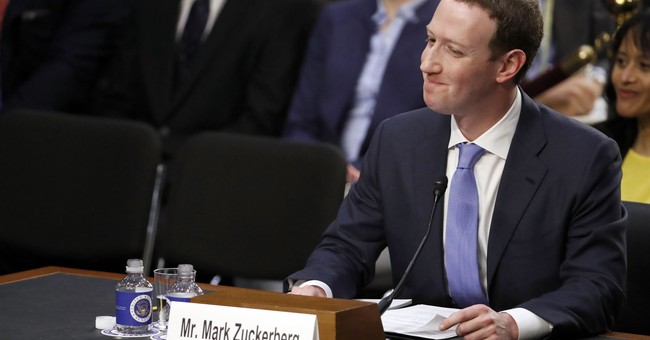 Facebook CEO Mark Zuckerberg was unable to define “hate speech” when asked to do so by Sen. Ben Sasse (R-NE), during his testimony Tuesday before the Senate, despite voicing plans to develop artificial intelligence tools to flag and ban hate speech.

Sen. Sasse opened by expressing concern about Facebook deciding “it needs to police a whole bunch of speech that I think America might be better off not having policed by one company that has a really big and powerful platform.”

“Can you define hate speech?” he asked Zuckerberg.

“Senator, I think that this is a really hard question,” Zuckerberg replied, “and I think it’s one of the reasons why we struggle with it.”

“I am worried about the psychological categories,” Sasse clarified. “You used language of safety and protection earlier. We have seen this happen on college campuses. It’s dangerous. Forty percent of Americans under age 35 tell pollsters they think the First Amendement is dangerous because you might use your freedom to say something that hurts somebody else’s feelings.”

“There are some passionately held views about the abortion issue on this panel,” Sasse continued. “Can you imagine a world where you might decide that pro-lifers are prohibited from speaking about their abortion views on your platform?”

Pro-life groups have complained in the past of censorship and bans on their advertising on Facebook.

“I certainly would not want that to be the case,” Zuckerberg told Sasse.

“It might really be unsettling to people who’ve had an abortion to have an open debate about that, wouldn’t it?” Sasse asked.

“It might be,” Zuckerberg replied, “but I don’t think that that would fit any of the definitions of what we have but I do generally agree with the point that you’re making which is as we’re able to technologically shift especially towards having AI proactively look at content, I think that’s going to create massive questions for society about what obligations we want to require companies to fulfill.”

Zuckerberg acknowledged that the question of how to address hate speech will be a national struggle.

“I do think that that’s a question that we need to struggle with as a country because I know other countries are and there putting laws in place,” he said, “I think America needs to figure out and create the principles we want American companies to operate under.”

Zuckerberg said in another part of his testimony that the platform was developing artificial intelligence tools to flag hate speech. He said he was “optimistic that over a five to ten-year period we will have AI tools that can get into some of the nuances, the linguistic nuances of different types of content to be more accurate in flagging things for our systems.”