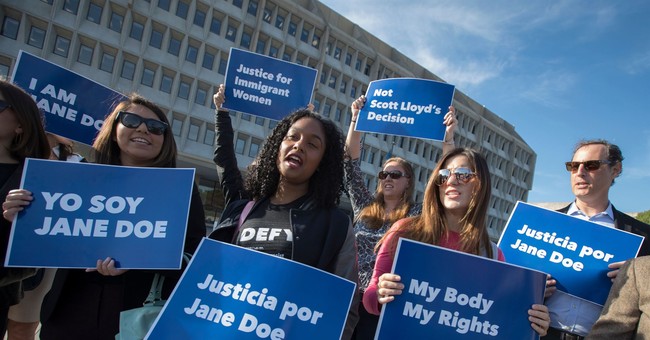 The American Civil Liberties Union brought a lawsuit against ORR’s policy of refusing to facilitate abortions for unaccompanied minors in their custody. Judge Chutkan issued a temporary injunction against ORR's policy and also allowed the case to go forward as a class action lawsuit.

“While ORR and its director are certainly entitled to maintain an interest in fetal life, and even to prefer that pregnant UC [unaccompanied immigrant minor children] in ORR custody choose one course over the other, ORR may not create or implement any policy that strips UCs of their right to make their own reproductive choices,” Chutkan wrote in her decision.

The October case of Jane Doe, an unaccompanied minor who sought and ultimately obtained an abortion while in one of ORR’s federally funded shelters, started the legal battle between the Trump administration and the ACLU on the issue. The DOJ filed a Supreme Court petition in the case of Doe in November, arguing that ACLU attorneys misled them as to the timing of her abortion before they had a chance to file an appeal in the case.

The ACLU added three women to the lawsuit and asked the court for a preliminary injunction against ORR’s policy and to make the case a class action lawsuit for unaccompanied minors in that situation.

“The Department of Health & Human Services strongly maintains that taxpayers are not responsible for facilitating the abortion of unaccompanied minors who entered the country illegally and are currently in the government’s care," a spokesperson for HHS said Saturday. "We are working closely with the Justice Department to review the court's order and determine next steps.”

"The Trump administration's cruel policy of blocking young immigrant women in federal custody from accessing abortion is a blatant abuse of power,” Brigitte Amiri, deputy director of the ACLU Reproductive Freedom Project said in a statement Friday. “We are relieved that the court issued an order preventing the administration from continuing this practice while our case proceeds. With today's rulings, we are one step closer to ending this extreme policy once and for all and securing justice for all of these young women.”

Pro-life groups worry about the precedent that compelling the government to facilitate abortions for unaccompanied minors would set.