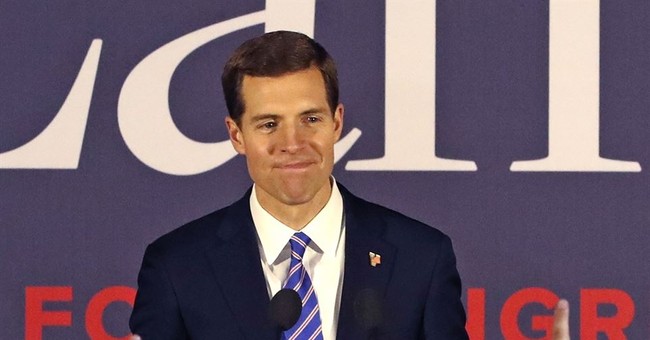 Lamb tweeted Wednesday that Saccone had given him a call to concede the race. He congratulated Saccone for “a close, hard-fought race" and wished him the best.

Just got off the phone with my opponent, @RickSaccone4PA, who congratulated me & graciously conceded last Tuesday's election. I congratulate Mr. Saccone for a close, hard-fought race & wish him the best.

Lamb initially led Saccone by 627 votes out of the over 228,000 cast with all precincts reporting, but Lamb’s lead ended up growing to 758 votes as election officials counted provisional, military, and overseas ballots.

"While there are less than 800 votes separating us, the people of the 18th District deserve to have a voice representing them in Congress," he wrote.

The race took place after Republican Rep. Tim Murphy was forced to resign in October over a sex scandal revealing that he sent text messages to his mistress encouraging her to get an abortion despite his official pro-life stance.

Lamb campaigned as a more moderate Democrat and even distanced himself from House Minority Leader Nancy Pelosi (D-CA) in a campaign ad.

"My opponent wants you to believe that the biggest issue in this campaign is Nancy Pelosi. It's all a big lie," he said in the ad. "I've already said on the front page of the newspaper that I don't support Nancy Pelosi. The real issues are the ones that affect your lives."

Politico reported that more Democrats are now likely to disavow Pelosi in competitive races and sources told Axios that Lamb’s win was a “template for moderates.”