Rep. Chris Smith Wants to Abolish the Filibuster. Here's Why. 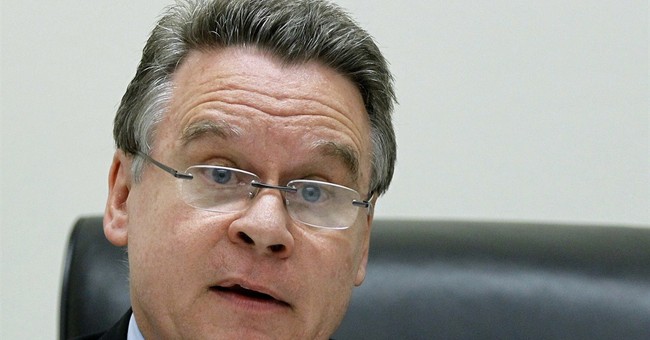 Washington, D.C. – Rep. Chris Smith (R-NJ) told Townhall at the March for Life Friday that he believes the Senate legislative filibuster rule requiring a supermajority of 60 votes to break a filibuster and pass legislation is a “relic” and that abolishing it “would facilitate passage of a lot of good legislation in general and most of the pro-life legislation in particular.”

“I still believe passionately that the rule that requires 60 votes needs to be overcome you know the filibuster is a relic and all of our bills: No Taxpayer Funding for Abortion Act, The Pain Capable Unborn Child Protection Act, all the bills, the one that passed today to help children who survive abortions and more would pass with 50 or 51 votes.”

“You know we did it with Gorsuch,” he added referencing the Senate GOP invoking the so-called “nuclear option” or Reid rule (former Senate Majority Leader Harry Reid was the first to use it) in April in response to the Democrat’s filibuster of the nomination of Judge Neil Gorsuch to the Supreme court. The Republicans allowed the filibuster to be broken with 51 votes rather than the normally required 60-vote supermajority.

Smith also pointed out that then-Senate Minority Leader Harry Reid argued in an August 2016 New York Times article “to either modify or eliminate the legislative filibuster” when Hillary Clinton got elected to get her agenda passed. “So the Democrats will do it,” he emphasized.

“The entire leadership is passionately pro-life, extraordinarily effective lawmakers who are then frustrated by a rule requiring a super majority in the Senate side,” he said of House GOP leadership.

Despite his frustration with the Senate’s inability to pass pro-life legislation, Rep. Smith was pleased with what the Trump administration had accomplished this past year for the pro-life movement.

He called Trump’s expansion of the Mexico City policy “far better than any policy we have ever had even under Reagan, Bush (Sr.), and Bush.”

“More lives will be protected overseas,” he said, “because our humanitarian and health aid will truly go to health and not to abortion because unfortunately the pro-abortionists have sought to integrate the killing of unborn babies with other, good things and that’s a recipe for a lot of child death and exploitation of women.”