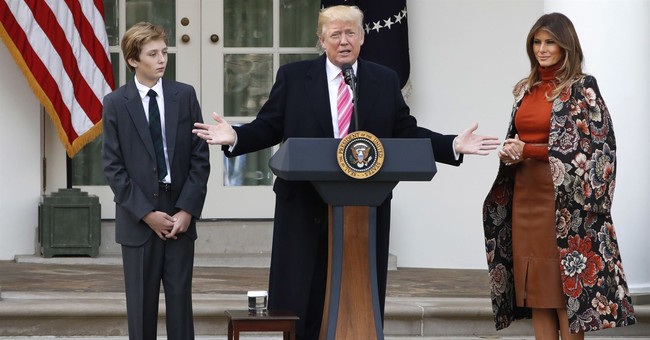 President Trump finally broke his silence on embattled Alabama Senate candidate Roy Moore Tuesday, telling reporters that Moore denies the sexual misconduct allegations and “you have to listen to him also.” The president added that “we don’t need a liberal person in there, a Democrat.”

Trump on Roy Moore sexual misconduct allegations: “He totally denies it…you have to listen to him also” pic.twitter.com/HFCZjEhkFe

Trump did not answer questions about whether he believes Moore's denials. "Roy Moore denies it," he said. "That's all I can say." He also noted that the alleged incidents took place around 40 years ago.

Trump told reporters he would announce next week whether he plans on going to Alabama to campaign for Moore.

The Washington Post, earlier this month, reported detailed accusations against Moore of sexual misconduct and assault against minors, one of whom alleges the conduct occurred when she was just 14. Another woman later came forward saying Moore assaulted her back when she was 16 and working part time as a waitress. Moore denies the allegations.

White House Press Secretary Sarah Huckabee Sanders told reporters last week that "the president believes that these allegations are troubling and should be taken seriously, and he thinks that the people of Alabama should make the decision on who their next senator should be."

"If the allegations are true, then he should step aside," Sanders emphasized at the time, adding that Trump did support the RNC's decision to withdraw resources from Moore's campaign.