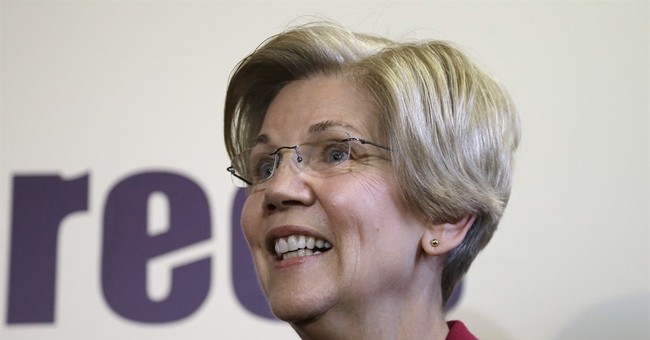 Sen. Elizabeth Warren (D-MA) refused to name any specific person as the current leader of the Democratic Party on Morning Joe Thursday, instead arguing that the party was led by the “grassroots” and that it’s important for Democrats to focus on other issues.

When asked by New York Times reporter Jeremy Peters who the leader of the party was, Warren said, "the grassroots," adding, "I mean, you can either get in front of it and call it a parade, or you can stand to the side and be left behind."

Peters laughed at Warren’s response but then clarified, “I mean specifically somebody there in that building behind you, somebody who is going to lead the party to electoral victory.

"Look, right now we are fighting our fights we’re out there on this tax fight where they have glommed an unpopular tax bill together with an unpopular healthcare rollback,” Warren responded in an attempt to re-focus the conversation, “we’ll soon be in the 18 electoral politics but not today.”

“Would you argue that it is that the Democratic party needs inspirational leaders and I mean why wouldn’t you say that you’re one of them?” Brzezinski asked.

“Look there are a lot of us out there fighting, but my point is we really need people in this fight on the taxes right now," Warren responded.

Democrats have had trouble coming up with an answer to the question of who’s leading the party right now, including House Minority Leader Nancy Pelosi, who struggled to answer in March when asked about it on CNN.

"Well, President Obama was the president of the United States until just a matter of weeks ago. I don't think that he can be dismissed as the leader of the Democratic Party," she said. "Hillary Clinton did not win the election, but [is] a respected leader. We have leaders for all different aspects."