Kirk Cameron Talks Faith and Family: Stories We Love in Hollywood Are about Sacrifice 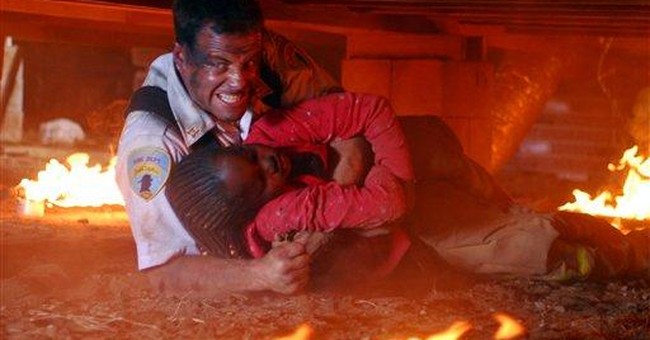 Veteran television and film actor Kirk Cameron spoke with Townhall Tuesday about his upcoming nationwide film event, Revive Us 2. Cameron emphasized the need for faith and unity in America and weighed in on the recent Harvey Weinstein scandal.

Cameron said the Harvey Weinstein story and others we see in the news “are wake up calls to all of us that life where each person does what’s right in their own eyes never turns out well. The story never has a very happy ending.”

“If you want the story to end well with a great story of victory and triumph it always includes people who are willing to put other people before themselves and even sacrifice, experience personal hardship for the sake of something of greater value,” he said, “those are the stories we love in Hollywood.”

“It’s the story when someone’s willing to lay down their life to save someone precious to them,” he continued, “it’s the story that involves some kind of a fight where the good guy against all odds is willing to sacrifice and serve and just when all hope is lost you find out that he’s not quite dead, he actually comes back and saves the day and gets to ride off into the sunset with the love of his life and that really is the story of the gospel.”

“That’s the story that human beings have been riffing off of, making movies about ever since the beginning,” he added.

Cameron talked about the goal of his upcoming Revive Us 2 event, saying there’s “a narrative that is very strong in our country that we are so divided that we’re divided over a thousand things and that we are weak. We are divided over race, religion politics, money, gender, choice, the NFL, the American flag, and the national anthem.”

“So many of the people of faith that I talk to are being told that they’re the problem and not the solution,” Cameron emphasized, “they’re being told that they’re the problem and so they’re getting discouraged and I’m saying ‘no, we are the light of the world, we are the salt of the earth’ and that’s what Jesus said to those who followed him. Loving God and loving your neighbor is at the heart of the solutions of our country and so I’m bringing together the family of faith for Revive Us 2.”

He described the event, which will be broadcast live on October 24th from the Museum of the Bible in D.C., as “a giant revival meeting in movie theaters all across the country tied together through satellite technology.”

He particularly emphasized the importance of strong families and strong marriages in building a strong society.

“One of the things I’ve learned is that the real, proven time-tested strategy for solving problems in a country or community have to happen from the bottom up, not the top down,” he said, “making laws is important, electing leaders is critical, but even more essential is that we get things right at the grassroots level and by that I mean in our own homes, at our dinner table.”

“Change doesn’t begin at the White House, it begins at our house at the kitchen table with our kids and for that to happen we need to have strong marriages and strong families," he argued. “I think that the strength of a nation depends on the integrity of the home and as we raise children we’re actually raising our future leaders and we need to give them a strong foundation to build on and I think faith in God and in God’s word is at the heart and soul.”

The new Museum of the Bible, where the Revive Us 2 event will take place, officially opens in November but Cameron said his audiences will get a sneak peek during the event.

He says he thinks people of all faiths will “love to go there and see the history of the Scriptures and see its influence on art and fashion and food and so many other areas and also have a chance to interact with many of the stories in the Bible.”

Theater listings, tickets and more information about the event are available here.