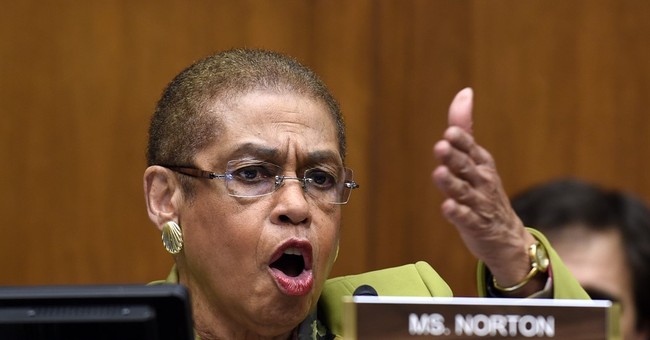 The House of Representatives voted Thursday, as part of a spending bill, to strike down “The Death with Dignity Act of 2015” which was signed into law in December 2016 by Mayor Muriel Bowser and legalizes assisted suicide in the District of Columbia.

“House Republicans express endless love of local control of local affairs, their central party principle, except when it comes to the District of Columbia,” D.C. Delegate Eleanor Holmes Norton (D) said in a statement. “They preach the constitutional principle of federalism, yet use the big foot of the federal government to undemocratically overturn and block local D.C. policies they disagree with, solely on a political basis.”

“Encouraging patients to commit suicide deprives them of the opportunity to potentially be cured by new treatments that could ameliorate their condition and even add years to their lives, if not cure them completely,” Harris, a physician, said at the time. “Congress has the authority — and the responsibility — to oversee the operations of Washington D.C., and the Death with Dignity Act was a well-intentioned but misguided policy that must be reversed.”

California, Colorado, Oregon, Vermont and Washington, have all legalized assisted suicide and other states are considering similar legislation. Under the D.C. law, terminally ill patients with less than six months to live can request lethal prescriptions from their doctors.

The spending bill also blocks a measure called the “Reproductive Health Non-Discrimination Act” which is meant to prevent discrimination against employees based on their “reproductive health decisions” but which, opponents argue, could be used to infringe on some organizations’ religious freedom.