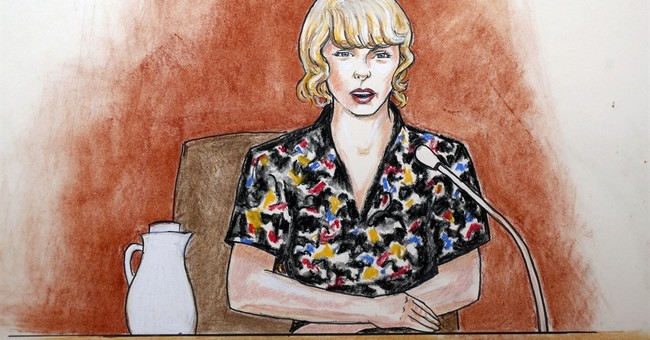 A Colorado jury sided with pop star Taylor Swift Monday, reaching a unanimous verdict in the trial over whether she was groped by former radio host David Mueller at a photo-op four years ago.

Mueller sued Swift after he lost his job when the encounter was reported to his bosses by Swift’s team. He sought up to 3 million in damages claiming that Swift and her team cost him his job.

Swift, who become emotional during the trial, countersued for a symbolic $1 in damages holding to her claim that the former DJ had groped her.

Mueller claimed on Tuesday that he had only jostled Swift’s arm and ribs while posing for the photo.

Swift's mother also testified saying her daughter was very upset over the incident.

"Mom, a guy just grabbed my (rear end) in the meet and greet," Andrea Swift said her daughter told her.

"I'm not going to allow you or your client to make me feel in any way that this is my fault, because it isn't," Swift said when Mueller’s attorney brought up his firing. "I am being blamed for the unfortunate events of his life that are a product of his decisions and not mine."

Swift thanked the judge and her legal team in a statement following the decision for "fighting for me and anyone who feels silenced by a sexual assault."

"I acknowledge the privilege that I benefit from in life, in society and in my ability to shoulder the enormous cost of defending myself in a trial like this," she said. "My hope is to help those whose voices should also be heard. Therefore, I will be making donations in the near future to multiple organizations that help sexual assault victims defend themselves."

Swift’s lawyer said following the decision that his client has “stood up and said this is where the line is. It gives courage and inspiration to all people, not just women, but all people to have the courage to draw lines and to know where those lines are, the lines of mutual respect between people.”