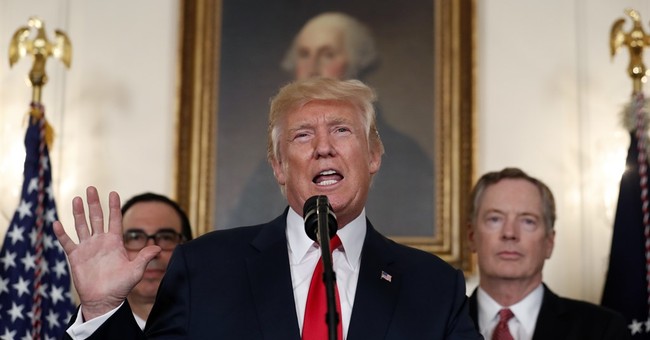 “Made additional remarks on Charlottesville and realize once again that the #Fake News Media will never be satisfied,” he tweeted, “truly bad people!”

Made additional remarks on Charlottesville and realize once again that the #Fake News Media will never be satisfied...truly bad people!

The president may have been alluding to his exchange with CNN’s Jim Acosta following his afternoon press conference in which Acosta asked why Trump hadn’t condemned the groups over the weekend in his initial statement.

“They have been condemned,” Trump replied.

Acosta said he had more questions and Trump replied, “It doesn’t bother me at all but I like real news not fake news. You are fake news.”

Trump said in his additional remarks on Charlottesville Monday, "racism is evil and those who cause violence in its name are criminals and thugs. Including the KKK, nao-nazis, and white supremacists and other hate groups that are repugnant to everything we hold dear as Americans."

Acosta was not the only one displeased by Trump’s additional statement naming the hate groups involved. Many in the mainstream media found fault with the statement’s length, the beginning of the statement, and it being read off a teleprompter.

It took you three days. It lasted 40 seconds. You never said "domestic terrorism."

Was Trump's statement too little, too late? He began by bragging about accomplishments, then briefly dealt w/talk about racism.

Its striking that he has to carefully read it off a teleprompter. He railed against prompters yet he can't speak from the heart about racism https://t.co/olP7gXjR80

.@realDonaldTrump "hatred, bigotry and violence.." he names them under pressure.