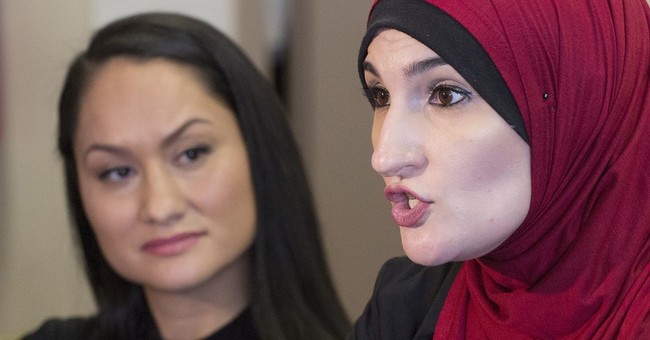 Linda Sarsour, a Muslim activist and co-chair of the Women’s March, called for “a form of jihad” against “white supremacists and Islamophobes reigning in the White House,” in remarks this past weekend at the Islamic Society of North America (ISNA) convention.

"A word of truth in front of a tyrant or leader, that is the best form of jihad and I hope that we when we stand up to those who oppress our communities that Allah accepts from us that as a form of jihad,” she said, “that we are struggling against tyrants and rulers not only abroad in the Middle East or in the other side of the world, but here in these United States of America where you have fascists and white supremacists and Islamophobes reigning in the White House."

"Our number one and top priority is to protect and defend our community, it is not to assimilate and please any other people and authority," Sarsour added. "Our obligation is to our young people, is to our women, to make sure our women are protected in our community."

"Our top priority and even higher than all those other priorities is to please Allah and only Allah," Sarsour concluded.

After the remarks drew fire on Twitter Thursday, Sarsour posted a full video, linked above, of her remarks claiming that the “right wing tries to demonize” her leadership and “editing videos is their favorite pastime.” She also emphasized that her work as an activist is "rooted in Kingian non-violence."

Right wing tries to demonize my leadership. Editing videos is their favorite pasttime. My full speech at ISNA https://t.co/4dcfC5pvC4

My work is CRYSTAL CLEAR as an activist rooted in Kingian non-violence. This is y my teams r effective cause we r powerful w/o violence.

Some on twitter who agreed that she was not calling for violence in her speech said she probably shouldn't have used the word "jihad."

Context matters. Most Muslims don't accept the ISIS definition of Jihad. It means struggle. Given confusion, should have used another word. https://t.co/XgRNecrJwn

Sarsour has long been a darling of the left and was named one of Essence magazine’s “100 Woke Women” in April.

Sarsour has been called out in the past for defending Sharia law on Twitter, calling it both “reasonable” and “misunderstood.”

Sharia Law is misunderstood & has been pushed as some evil Muslim agenda. ?? Some Muslims r oppressors for sure https://t.co/7EaWdveeLN

@LaRebelleFleur shariah law is reasonable and once u read into the details it makes a lot of sense. People just know the basics