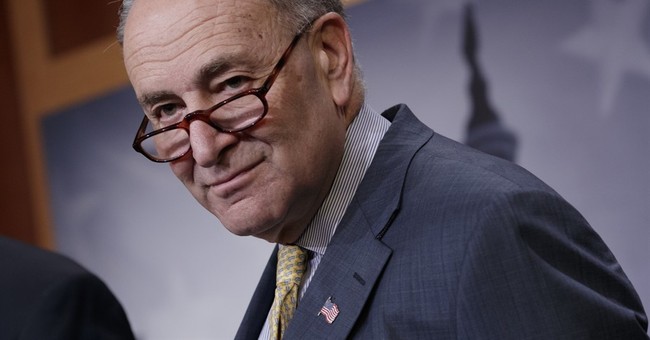 “My daughters, you know, they’re young adults, but they ride the subway at 4 a.m., and I’m perfectly happy about it,” Schumer claimed. “We are a safe city.”

“But I’ll be happy to ride the subway at 4 a.m. with Jeff Sessions,” he added.

New York Mayor Bill de Blasio was also insulted by Sessions’ statement saying Friday, “I would say to President Trump, and to Attorney General Sessions, if you believe this statement is accurate, come here to New York City, look our police officers in the eye and tell them that you believe they are soft on crime. See how that feels. See what the people of New York City will say about that.”

Sessions clarified on ABC’s This Week that his remark was not aimed at the New York Police Department (NYPD) but focused at the city’s sanctuary city policy.

“For four decades, New York has been a fabulous city for law enforcement,” Sessions said. “They have developed some of the best techniques ever. They are so far ahead of many other cities. I think we all should study the tactics that have been developed.”

He pointed out that Ed Mullins, president of the NYPD’s Sergeants Benevolent Association said in a

“For a long time, Mayor De Blasio and the NYPD’s leadership have failed to heed the warning that refusing to cooperate with federal immigration officials when it comes to criminals and suspected terrorists would have consequences beyond making our City less safe,” Mullins warned adding, “They have placed officers in an impossible Catch-22: between obeying the directives and orders of their superiors and elected officials on one hand, and the obligation they feel to follow the direction of the law and to cooperate with federal immigration officials on the other.”

“We want to improve law enforcement in America. Half of the murders in New York are gang-related. Many of those are people – gangs who have illegal aliens involved in them,” Sessions pointed out. “So why would you not want to deport those and make the city even safer?”