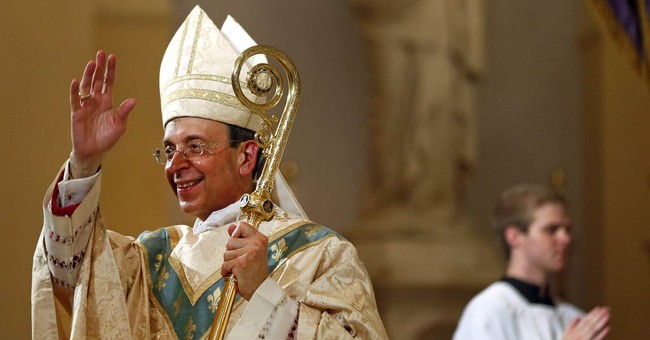 Three members of the United States Conference of Catholic Bishops (USCCB) sent a letter to members of Congress Monday expressing their “strong support” for a bill that would “ensure that organizations with religious or moral convictions are allowed to continue to provide services for children.”

The bishops emphasize that the Child Welfare Provider Inclusion Act “prevents the federal government and states that receive federal funds for child welfare services from excluding child welfare providers who believe that children deserve to be placed with a married mother and father.”

This exclusion has already occurred “in Massachusetts, Illinois, California, and the District of Columbia; in each of these places, religious agencies have been driven out of offering adoption and foster care services due to their beliefs.”

Bishop Frank J. Dewane of Venice, Archbishop William E. Lori of Baltimore, and Bishop James D. Conley of Lincoln all signed onto the letter urging lawmakers to back the religious freedom bill.

“The Inclusion Act would remedy this unjust discrimination by enabling providers to serve parents and children in a manner consistent with the providers’ religious beliefs and moral convictions,” they wrote. “Women and men who want to place their children for adoption ought to be able to choose an agency that shares the parents’ religious beliefs and moral convictions. The Inclusion Act recognizes and respects this parental choice.”

When re-introducing the legislation in the House last week, Rep. Mike Kelly (R-PA) said that “faith-based organizations have historically played a heroic role in caring for our country’s most vulnerable kids.”

“There is no good reason why any of these care providers should be disqualified from working with their government to serve America’s families simply because of their deeply-rooted religious beliefs,” Kelly added. “When it comes to helping kids and making families stronger, all service providers – religious or otherwise – should have a seat at the table. That’s what this bill is about. It is 100 percent inclusive and child-focused. No provider should ever be forced to violate their faith in order to help give each kid a loving and caring family.”

The Human Rights Campaign (HRC) has already panned the bill, claiming that “the primary purpose of the legislation is to shamefully block LGBTQ individuals or same-sex couples from adopting or fostering a child, but the ripple effect of its provisions extend far beyond our community. If passed into law, this bill would allow a religiously affiliated adoption agency to deny service to a non-Christian, straight couple. A single parent seeking to foster a child in need could be turned away just because they are not married.”