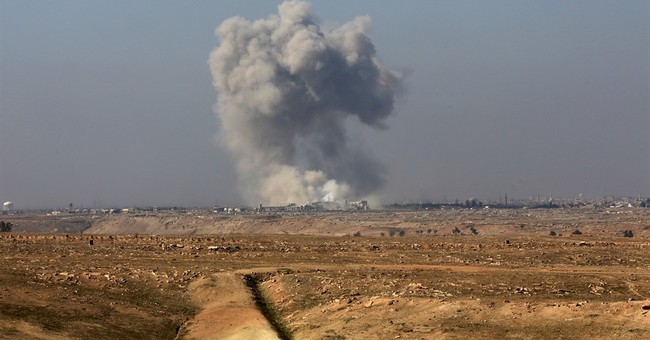 A CBS News poll released Monday morning found that 57 percent of Americans approve of the U.S. airstrikes against Syria and just 36 percent disapprove.

However, most Americans are wary of further military action in Syria with only 18 percent of those surveyed wanting ground troops in the region and 30 percent supporting only airstrikes but no ground troops.

A solid majority, 69 percent, think that President Trump needs to get congressional authorization for any further military action in Syria, with only 25 percent thinking he can act without it.

“Since the strike,” CBS noted, “Mr. Trump’s overall job approval rating has seen an increase to 43 percent. Slightly fewer now disapprove than did before. Forty-nine percent now disapprove of his performance.”