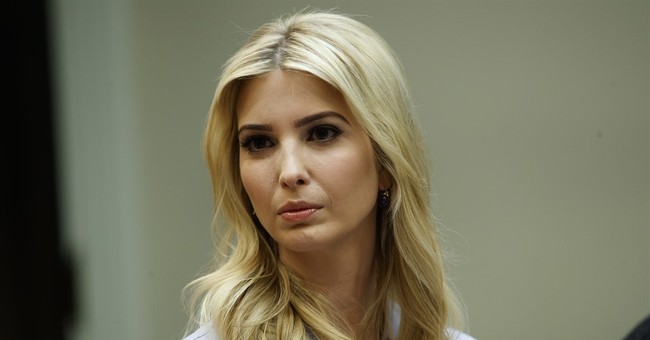 Merriam-Webster dictionary has been tweeting quite a few definitions and fact checks, attempting to cast the Trump administration in a bad light, as the Federalist has noted in the past. Its latest tweet defines "complicit" for Ivanka Trump as “helping to commit a crime or do wrong in some way.”

??'Complicit' is trending after Ivanka Trump told CBS "I don’t know what it means to be complicit." https://t.co/qE6UcB8pUz

Ivanka Trump responded Tuesday to a CBS interview question about whether she and her husband are “complicit in what is happening to the White House.”

The first daughter seemed to just be saying she didn’t know what it meant to be “complicit” in the context of her father’s administration since the question seemed to imply wrongdoing, per Merriam’s own definition of complicit, but didn’t specify what White House activities with which Ivanka might be “complicit.”

The Merriam-Webster dictionary, however, was praised for its sick burn by Teen Vogue and The Huffington Post.

The Huffington Post seemed to literally think that Ivanka Trump was attempting to re-define the word “complicit” rather than just explaining her role in her father’s administration by using an if-then statement.

“Merriam-Webster defines “complicit” as “helping to commit a crime or do wrong in some way,” The Huffington Post explained, “This definition makes it less likely that Ivanka’s interpretation of the word, issued during her first interview since taking on an official role in the White House, is in any way accurate: 'If being complicit is wanting to be a force for good and to make a positive impact, then I’m complicit.'”

Dana Millbank lauded the dictionary’s recent political activity in a column Tuesday, writing, “because they are the last word on words, their tweets take on added authority. It is as if Trump is being repudiated by the laws of gravity, or getting dressed down by Mother Nature herself.”

“No doubt Trump and his supporters will view this as politically correct language; “fake words” can join “fake news” in their disfavor,” Millbank added.

“But I see it as a public service. The way Trump prevails is by obscuring the truth, denying the facts and redefining meaning,” he concluded. “This is the truth fighting back, and eventually it will prevail.”