SCOTUS Hears Arguments in Case that Could Bankrupt Religious Hospitals 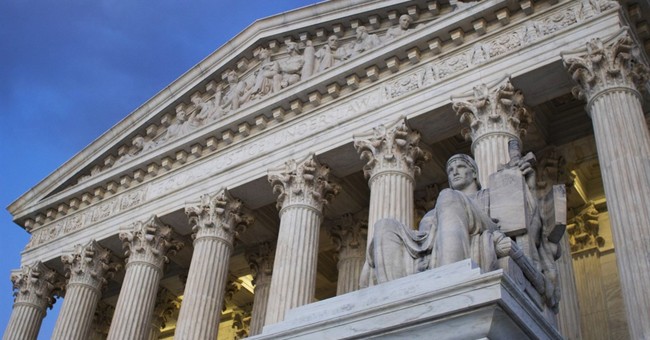 The case asks whether church-affiliated hospitals should continue to have a church exemption from federal pension protections, however, as The Atlantic noted in December, the court’s decision could bankrupt these organizations if it rules against them.

ERISA’s protections for pension plans include a safeguard through the Pension Benefits Guaranty Corp. (PBGC) which covers the employee if a pension is underfunded or defaults, but compliance with ERISA can be costly, particularly for a church run organization.

These church-affiliated hospitals currently receive a church exemption which Congress provided to churches because of concerns over the high costs of ERISA compliance and to prevent government intrusion into church finances.

Employees began suing in 2013, claiming their pensions were severely underfunded due to the exemption and arguing that the hospital pension plans should not receive the church exemption since the hospitals are not churches.

The exemption has been applied to church-affiliated organizations since 1983 by the IRS, DOL, and PBGC, as the hospitals noted in their petition to the Supreme Court.

The hospitals emphasize in their petition to the Court that a ruling against them “will have a devastating financial effect on religious employers and plan participants.” They claim that church-affiliated employers would be forced to abandon their “defined benefit plans due to the unsustainable costs of ERISA” as a “statistical inevitability.”

They also point out that “Congress expanded the church plan exemption in 1980 precisely because ‘churches fear that many of the agencies would abandon their plans’ given the ‘costs of complying with ERISA.’”

The Becket Fund for Religious Liberty, the Thomas More Society, and the Alliance Defending Freedom (ADF) have all filed friend of the court briefs on behalf of the hospitals in this case.

The Becket Fund emphasized in their brief that church-affiliated organizations are an extension of the church’s religious ministry, warning that removing the exemption would “entangle courts and agencies in church-state inquiries the Constitution requires them to avoid: (1) judging the religious meaning of a particular belief or activity; (2) resolving religious controversies; and (3) evaluating the religiosity or orthodoxy of a person or group.”

Howard Shapiro, a lawyer at at Proskauer Rose in New Orleans, who has defended hospitals sued over their church plans, told the Atlantic in December that since ERISA imposes specific investment responsibilities on employers forcing ERISA compliance “[could] actually conflict with some religious principles that are very important to these entities.” Religiously affiliated organizations currently can choose how they invest their money under these church plans and can avoid investments conflicting with their faiths, like pro-life organizations avoiding investments related to abortion.

During oral arguments Monday, the Justices focused on determining whether Congress’s 1980 amendments to ERISA could reasonably be interpreted to cover the plans of church-affiliated organizations.

"Justice Alito had an exchange where he emphasized that you can’t really limit a church to just those organizations that provide worship services,” Baxter emphasized. “Churches in fact do all kinds of ministries, especially to the least of those among us - serving the poor, feeding the hungry – and they deserve the same protection on church plans as every other church does.”

“The justices really seemed to get it,” Baxter concluded. "And we’re hopeful that religious organizations will be able to continue to benefit their employees on church plans."