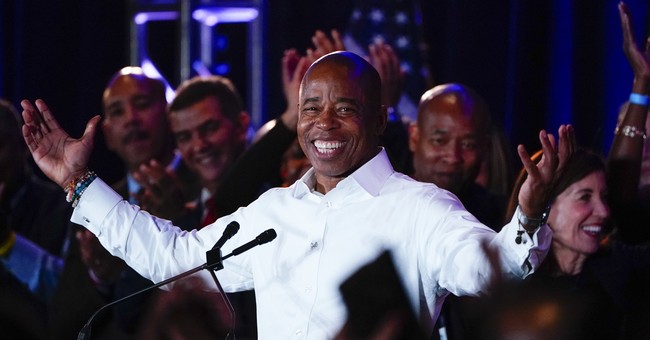 Democrat Eric Adams will become the next mayor of New York City after defeating Republican candidate Curtis Sliwa in the city's mayoral election.

Adams, a former state senator and police captain, had been the clear-cut favorite to win the general election after beating a number of Democratic opponents in the city's primary election in July.

The ultimate winner of the New York City primary election was expected to easily win the general because of the city consisting of largely Democratic voters, with a seven-to-one voter registration advantage over Republicans.

"The polls are officially closed in NYC. To our supporters, volunteers & endorsers of all backgrounds, faiths and from every corner of NYC: Thank you, from the very bottom of my heart, for being a part of our team," Adams said in a tweet after the race was called Tuesday. "Tonight, we celebrate -- because tomorrow, the real work begins!"

He will be the second black mayor in the city's history. David Dinkins, who served from 1990 to 1993, was the first.