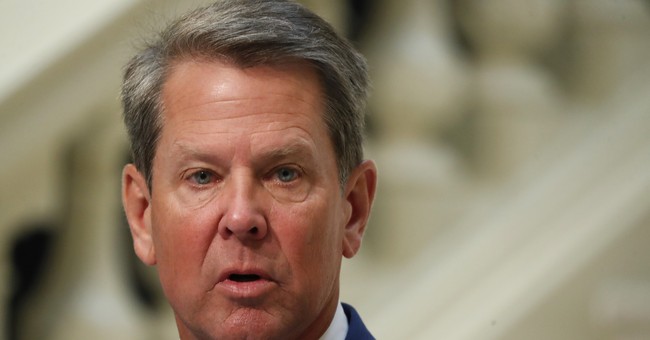 Georgia Gov. Brian Kemp (R) announced Friday that he is filing a lawsuit against the Biden administration over its coronavirus vaccine mandate for federal contractors, a requirement the governor said is in violation of the law.

"In addition to being an unlawful and unconstitutional overreach, this vaccine mandate on federal contractors will only further divide Americans and hamstring our economy," Kemp said in a statement.

Leaders from Alabama, Idaho, Kansas, South Carolina, Utah and West Virginia joined the complaint, which is expected to be filed later today by Kemp and Attorney General Chris Carr.

.@Georgia_AG & I, joined by other states, are filing a lawsuit today vs. @POTUS’s unlawful vaccine mandate.

We won’t allow the federal gov’t to circumvent the law or force hardworking Georgians to choose between their livelihood or a vaccine.

President Joe Biden's vaccine mandate for all federal contractors will take effect Dec. 8 and will not offer a testing alternative. Religious and medical exemptions are being allowed.

The plaintiffs are accusing the administration and other defendants of exceeding their authority under the Procurement Act, violating the 10th Amendment and the Spending Clause of the U.S. Constitution, among others.

They are asking the court for an injunction blocking the Biden administration and federal agencies from enforcing the mandate on any federal contractor based in their respective states.

"We will challenge this heavy-handed directive that not only serves as a clear violation of law but also places immense burden on our state," Carr said in a statement. "Just as we believe in protecting the physical health and well-being of our fellow Georgians, we are equally dedicated to protecting them from the unlawful actions of the federal government."

Back in September, shortly after Biden announced the vaccine mandate, Kemp vowed to take efforts to stop it.