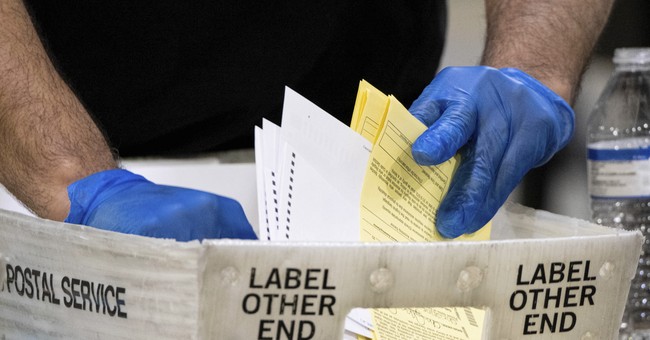 Two Georgia election workers were terminated for allegedly shredding a number of paper voting registration applications over the course of the past two weeks.

Fulton County released a statement Monday that said a preliminary review suggests the employees in question "may have checked out batches of applications for processing." But instead of fully processing the forms, the employees allegedly shredded some of them.

The employees were terminated Friday after being reported by coworkers that same morning. Their actions were reported to the Office of Investigations within the Secretary of State’s Office, and the county's District Attorney.

A total of 300 municipal election-related applications were allegedly shredded, according to a statement from Georgia Secretary of State Brad Raffensperger (R), who has asked the Department of Justice to investigate the incident.

"After 20 years of documented failure in Fulton County elections, Georgians are tired of waiting to see what the next embarrassing revelation will be," Raffensperger said. "The Department of Justice needs to take a long look at what Fulton County is doing and how their leadership disenfranchises Fulton voters through incompetence and malfeasance. The voters of Georgia are sick of Fulton County’s failures."

This comes as Fulton County residents prepare to vote for a mayor, City Council members, as well as other municipal officials on Nov. 2, according to The Associated Press. The voter registration deadline for those local elections was Oct. 4.

Georgia's voter registration applications do not list a resident's political party because the electorate does not enroll by party.

According to Fulton County spokeswoman Jessica Corbitt, the question of whether the 300 voter registration applications were lost cannot yet be confirmed.

"Normally, processing a voter registration application involves entering them in the state system, updating them, verifying their information," she said, according to the AP. "That is the matter that’s under investigation — was that process completed."

Georgia Gov. Brian Kemp, who signed a voting reform bill earlier this year that looks to ensure election integrity in the state, sounded off on news of the shredded voting applications.

"Thanks to Georgia’s Election Integrity Act, this recurring incompetence at Fulton County can finally be addressed," he said in a tweet. "I look forward to that process moving forward to ensure transparency and accountability."

This is just the latest election issue that Fulton County has faced in recent years, with long lines and inefficient reporting strategies previously prolonging the county's election process, the AP reported.

In August, a State Election Board voted unanimously to create a bipartisan review panel to investigate the country's handling of elections.

Due to hurdles faced during the June 2020 primary election, the State Election Board entered into a consent order with Fulton County that included appointing an independent monitor, Carter Jones, for November's general election.

Jones, who oversaw the county’s election processes from October through January, said he observed sloppy practices and poor management. However, he did not see any evidence of fraud, according to Raffensperger.

If any Fulton County residents who attempt to cast a ballot in an upcoming election are found to not be registered, they will be allowed to vote using a provisional ballot, and an investigation will then follow, according to the county's statement.