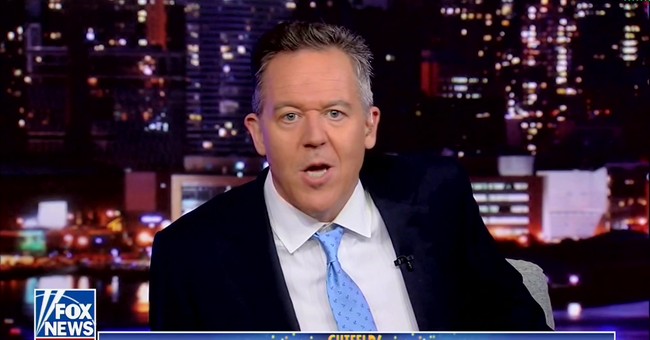 Fox News' "Gutfeld!" was the only late night comedy show to have not participated in "Climate Night" Wednesday night, and yet, it still outshined its woke competitors.

Greg Gutfeld was not asked to participate in the climate event that he says is an effort by the other comedians to get the woke liberals off their back. However, his ratings from "Climate Night" still crushed the competition, signaling that viewers of late night comedy are not too fond of being lectured on how they are allegedly destroying the planet.

"I understand they don’t want the profession’s top talent to outshine everyone, and make them all look bad," Gutfeld said during his Sept. 16 show ahead of the programs' "Climate Night" coverage.

According to data from Nielsen Media Research, "Gutfeld!" led all late night programs in total viewership Wednesday night with an average of 1.9 million viewers.

Colbert and Fallon, each averaging 1.8 million viewers on Wednesday, had the next best ratings while Kimmel averaged 1.2 million. Meyers, Corden, Bee and Noah all failed to reach an average of 1 million viewers.

"This isn't about virtue. Or doing good. Or helping people. It's about protecting yourself from the woke. The stupid, the losers," Gutfeld also said on his Sept. 16 show when discussing other comedians choosing to participate in "Climate Night."

"It's too late for those late-nighters....they threw comedy under the bus, to protect their bottom lines," he continued. "Now they're just nut jobs scared of losing their nut and their jobs."