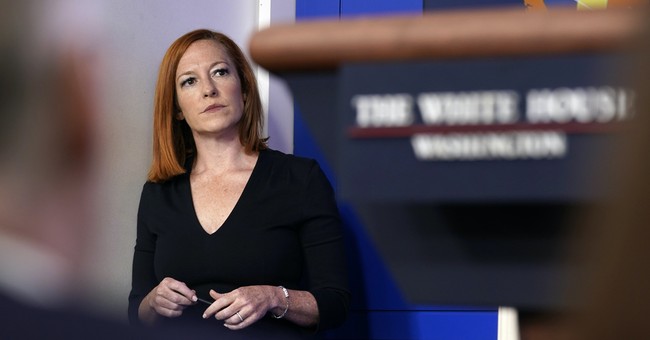 White House Press Secretary Jen Psaki told reporters Tuesday that U.S. troops departed from Afghanistan ahead of President Joe Biden's self imposed Aug. 31 deadline instead of the initial date of Sept. 11 because the military said it only needed 120 days to complete the evacuation.

Back in April, when Biden first announced the withdrawal from Afghanistan, the deadline for the evacuation from the region was planned for the 20th anniversary of the attack on the World Trade Center, which initiated the war back in 2001.

However, the president later pushed the date up to Aug. 31 in a move that appeared to be an effort to avoid the bad optics of ending the military's presence in the region on the symbolic date of 9/11.

When asked at her daily press briefing about why the departure date was changed, Psaki said that the U.S. military did not think the extra 11 days were needed to evacuate U.S. troops.

"The military gave their assessment that they need 120 days to wind down our presence in Afghanistan. So we abided by that," Psaki said.

"He bases his strategic decisions — I mean his tactical decisions, I should say — on the advice of the military and commanders on the ground and the timeline they needed to wind down our presence," Psaki said when pressed about Biden's change, adding that "it was his timeline, though. It was not the Taliban’s timeline."

And while Biden said during his Tuesday speech that the evacuation from Afghanistan was an "extraordinary success," other officials admitted that hundreds of Americans were left behind in the region now ruled by the Taliban.

Marine Corps Gen. Kenneth McKenzie Jr., commander of US Central Command, said during a Monday afternoon briefing that the number of Americans seeking evacuation is "in the low, very low hundreds."

Secretary of State Antony Blinkin said Monday night that there are "under 200 and likely closer to 100" U.S. citizens who are still in Afghanistan that wish to leave while a State Department spokesperson conceded that about 250 remain.

Those Americans were left behind despite Biden saying in an Aug. 18 interview with ABC News that "if there’s American citizens left, we’re going to stay until we get them all out."

The final U.S. military flight departed from the Kabul airport just before midnight local time on Aug. 30, a full 24 hours before Biden's deadline.