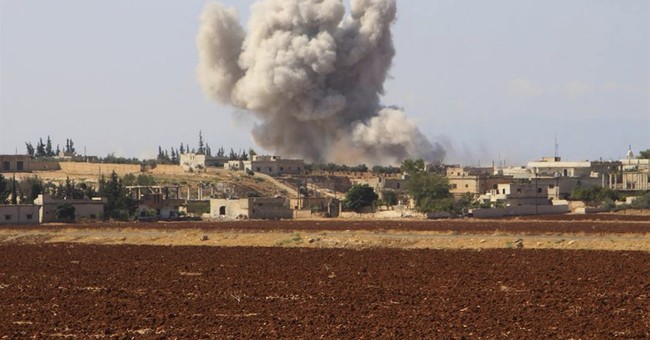 An unmanned U.S. airstrike targeted a vehicle Sunday that was carrying "multiple suicide bombers" and was headed for the Kabul airport amid final efforts to evacuate Americans and allies from Afghanistan.

U.S. military officials announced that the strike was successful in taking out an "imminent" threat and that it was carried out in "self-defense." They also said that "significant secondary explosions" occurred as a result of a large number of explosives inside the vehicle.

"We are confident we successfully hit the target," U.S. Navy Capt. Bill Urban, spokesman for U.S. Central Command, said in a statement. "Significant secondary explosions from the vehicle indicated the presence of a substantial amount of explosive material."

Two bombers were reportedly killed in the vehicle. U.S. officials have said the bombers were members of ISIS-K.

And while the target was initially said to be a vehicle-born improvised explosive device, an official later said that the explosives were being worn by multiple bombers and that the vehicle itself was not strapped with explosives.

The strike killed at least nine civilians, including six children.

This was the second U.S. airstrike in Afghanistan since Thursday's suicide bombing near the Kabul airport that killed 13 U.S. service members and more than 170 Afghans. ISIS-K is claiming responsibility for the bombing.

Sunday's airstrike came on the same day a rocket attack killed a child after being launched into a neighborhood northwest of the Kabul airport, according to an Afghan police chief.