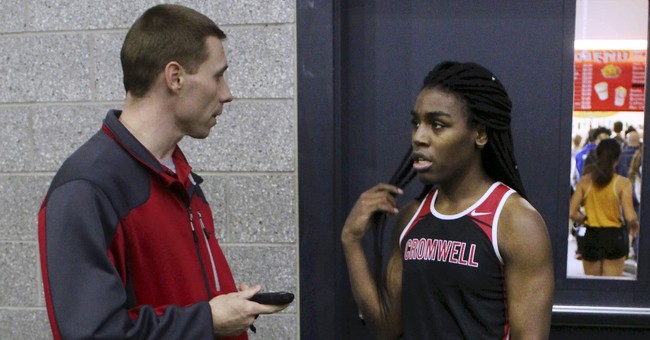 The Biden administration on Tuesday released a "back-to-school" video that ensured transgender students that "discrimination will not be accepted on our watch" and that the federal government aims to crack down on Republican states that ban transgender students from girls’ sports and bathrooms.

"The Department of Education and the entire federal government stand behind you," Goldberg noted in the video.

"We want you to know that we are looking out for you, and we are here to protect your civil rights," Clarke said in the video. "In some places, people in positions of authority are putting up obstacles that would keep you from playing on the sports field, accessing the bathroom and receiving the supportive and life-saving care you made. We’re here to say that’s wrong and it’s against the law."

"Discrimination will not be accepted on our watch," she continued. "Right now were are fighting against laws that tried to ban transgender athletes in West Virginia and deny healthcare for transgender young people in Arkansas, and recently federal courts in both states have blocked those laws from being applied."

Levine said that "discrimination and bullying have no place in our nation’s schools. We all learn better when we are in safe and welcoming environments."