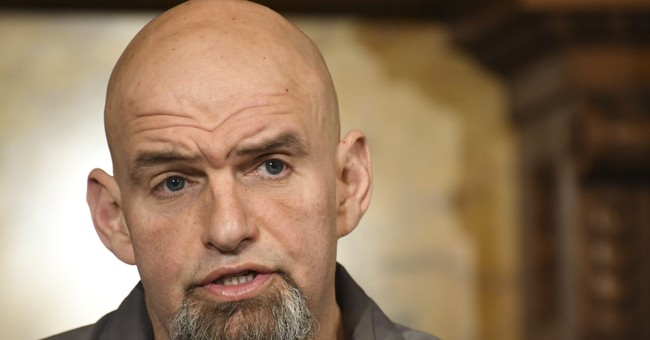 Pennsylvania Lt. Gov. John Fetterman said that voter fraud was a "fiction" when discussing his opposition to requiring identification to vote.

Fetterman on Friday spoke virtually to Texas House Democrats who fled the state to Washington D.C. to stall GOP efforts to pass new election integrity legislation, according to KDKA-TV.

He called the voter identification requirements that Republicans are trying to include in voting bills "insidious and unnecessary," and alleges that voter fraud is a "fiction" touted by the right to justify voter suppression.

"Universal ID and some of these other measures are a solution for a nonexistent problem … of voter fraud," Fetterman said. "And it’s simply voter suppression because they don’t want people voting that they believe aren’t going to ultimately elect them."

Fetterman, a 2022 Senate candidate in Pennsylvania, said that voter ID requirements would deprive voting access from residents unable to obtain an ID. He also said that election fraud is minimal and does not have an impact on the outcome of elections..

"It is rare, it is always caught and it is never materially important to the outcome," Fetterman said, according to the Pittsburgh Post-Gazette.

He alleged that in the rare cases of voter fraud in Pennsylvania during the 2020 elections, it came from Trump supporters voting for their deceased relatives.

Last year, Fetterman clashed with the Republican Lieutenant Governor of Texas over claims that widespread voter fraud occurred during the 2020 election.

Fetterman was the virtual keynote speaker for the voting rights conference with the Texas Democrats.