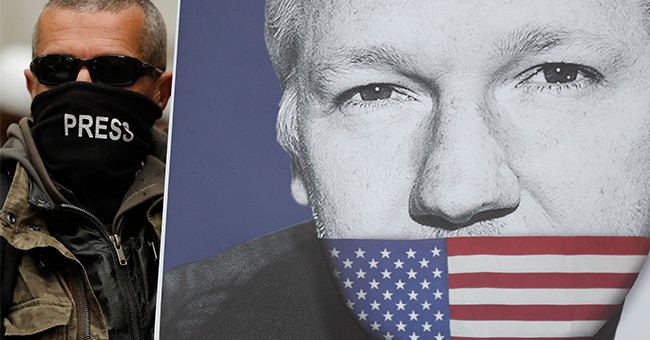 The fiancée of Julian Assange said that if President Joe Biden wants to separate himself from the legacy of former President Donald Trump and have the United States be considered a supporter of a free press, he needs to grant the WikiLeaks founder his freedom.

U.S. officials have supported the extradition of Assange, who has been in jail or self-incarceration in Britain for the past nine years, for his leak of classified military records and diplomatic cables, which they allege put American lives at risk.

Assange's fiancée Stella Moris and the British judge overseeing the extradition have been wary of the move, fearing that sending him to the U.S. could result in his death.

Moris, who said she was hopeful that Assange's freedom would be granted under Biden, told Reuters in an interview:

If Biden really wants to break with the Trump legacy, then he has to drop the case. They can't maintain this prosecution against Julian while saying that they defend a global press freedom.

While Biden was vice president during the Obama administration, Assange’s extradition was not sought after because they said WikiLeaks' actions were on par with journalistic practices that are protected by the First Amendment.

Trump officials, however, filed criminal charges against Assange, accusing him of being involved in a computer hacking conspiracy. The U.S. Justice Department in February announces its intentions to continue looking for Assange's extradition over the charges.

Judge Vanessa Baraitser said in January after rejecting the request to extradite Assange that he would be a suicide risk due to mental health issues.

U.S. prosecutors coined Assange as an enemy whose careless actions put in danger the lives of agents named in the leaked government documents.

However, his supporters, namely those who consider themselves to be anti-government, see him as a hero who exposed the immorality of the U.S. to American citizens. They allege that his prosecution is a politically-motivated attack on a free press, allowing oppressive regimes around the world to remain.

Moris said the 49-year-old Australian had low morale but was not giving up the fight. She said his treatment mirrored the experiences of the media in places such as China and Saudi Arabia, who do not have a free press.

She said that the U.S. must protect her fiancée:

A superpower that has a free press is very different in nature from one that does not.