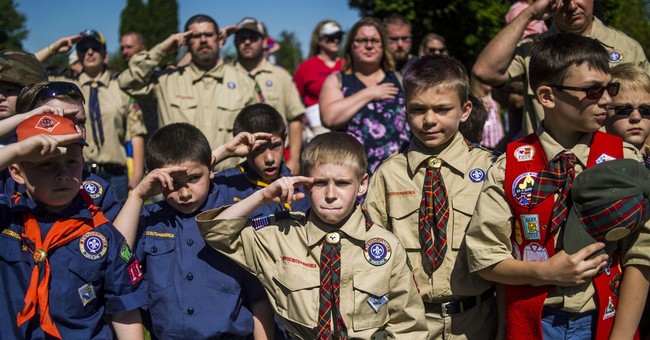 A group of Boy Scouts in Pensacola, Fla. discovered human remains buried underneath a building during an Eagle Scout project.

The remains were found in a crawl space Saturday as the boys were cleaning up garbage at and around the house.

The incident is now under investigation by Pensacola police, the department said in a news release.

Police said in their statement that the uncovered bones were from a human:

Investigators contacted the Medical Examiner’s Office, who concluded that the bones found were human. The University of West Florida Department of Anthropology is also assisting in the investigation.

Police said that the building, which is designated as a historical building, is owned by the city of Pensacola and that it has often been used by civic groups such as the Boy Scouts.

There are no further details at this time.

In California, human remains were found underneath a man's home in connection with a homicide. The 57-year-old man was arrested.

Human skeletal remains were discovered in Kansas back in April and have recently been identified but no foul play was found to have occurred, according to the JC Post.

A Minnesota resident reported to police last week that they came across a human leg wrapped in plastic. Investigators are treating the incident as a homicide.

In Washington state, a private property owner discovered human remains on their property and reported it to police, marking the second incident of uncovered body parts in the area since March.