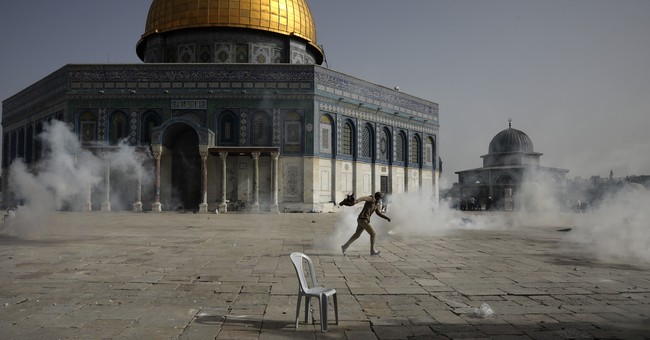 The top leader of Hamas in Gaza, Yehiyeh Sinwar, is requesting negotiations with Israel on a potential prisoner swap.

This comes as Egypt looks for a long-term cease-fire following 11 day of violent conflict in the Gaza Strip earlier this month.

Sinwar said after a meeting with Egyptian intelligence chief Abbas Kamel that there is a "real chance to make progress” on negotiations between Hamas and Israel involving the exchange of prisoners, according to the Associated Press. The agreement would include Palestinian prisoners being released by Israel in exchange for two Israeli citizens and the remains of two Israeli soldiers who died in the war that took place in 2014.

Israeli Defense Minister Benny Gantz said Monday that they are willing to agree to the prisoner swap. He said that the swap must be made before any further peace negotiations with Hamas can be had.

We are willing to help with fixing the area, rebuilding it, construction, etc. But it’s conditioned with the return of our boys back home, the abducted soldiers.

However, Gantz also said Israel will defend itself should Hamas violate the new ceasefire.

We will brutally retaliate, but we will do it in our own time and will not accept the previous reality to show itself again.

Another Senior Hamas official, Khalil al-Haya, said if Israel desires peace, then it has to end its “aggression” in Gaza and Jerusalem.

We discussed several files, most importantly the necessity to oblige the occupation to stop its aggression on Gaza, Jerusalem, Sheikh Jarrah and all over Palestine. If this happens, then calm and stability could return.

Sinwar said Monday that Hamas is demanding that more than 1,100 prisoners be released by Israel, which is more than were set free in an exchange in 2011 for Israeli soldier Gilad Schalit.

Sinwar was released from Israel in that exchange.

The ceasefire that came after negotiations with Egypt has been maintained by both Israel and Hamas. However, remaining issues of the conflict have not yet been resolved.

Four wars have been fought between Israel and Hamas since 2008.