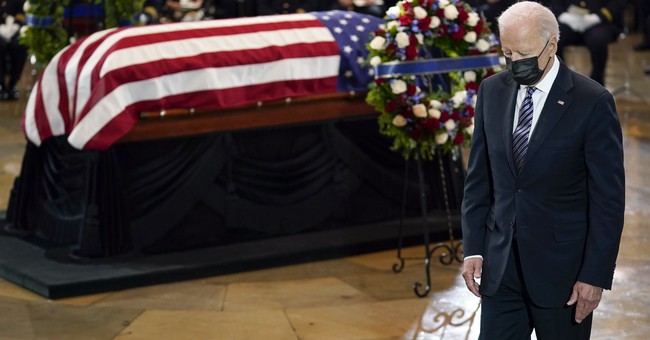 President Joe Biden has killed former President Donald Trump's plan to honor American heroes by creating a garden of statues, which was one of Trump's last executive actions as president.

Biden reversed a couple executive actions from Trump regarding his “National Garden of American Heroes.” One of the executive orders was signed on Jan. 18, just before Trump leave office.

The garden was Trump's response to the Black Lives Matter riots that destroyed American cities following the death of George Floyd and efforts to take down statues of prominent historical figures.

In the executive order, he referred to the garden as "America’s answer to this reckless attempt to erase our heroes, values and entire way of life."

"On its grounds, the devastation and discord of the moment will be overcome with abiding love of country and lasting patriotism," Trump said. "This is the American way. When the forces of anti-Americanism have sought to burn, tear down, and destroy, patriots have built, rebuilt, and lifted up."

While the goal of the garden was to honor conservative heroes such as prominent conservative William F. Buckley, former President Calvin Coolidge, and several veterans of the armed forces, figures that people of nonpartisan or leftist ideologies look up to would have been featured as well.

It was expected that Biden would at least alter the names on the list of American heroes on the list set to be honored in order to still provide statues to many deserving figures, but the president decided to nix it entirely, adding to the growing number of reversals of Trump-era policies.

Halting the Keystone XL pipeline, rejoining the World Health Organization and stopping construction on the wall at the southern border were among the Trump moves that Biden has reversed during his short time in office.