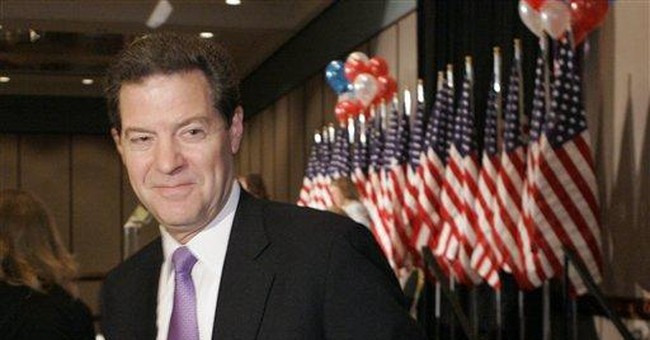 The Kansas gubernatorial election is proving to be one of the most unpredictable and closely-watched this season.

In a Fox News poll released today, Republican Governor Sam Brownback took the lead for the first time in weeks against Democratic challenger, Paul Davis, with 46 to 40 percent.

This news has the Brownback campaign revitalized as they have had been ahead in only a few polls taken since the campaign started. Brownback's tax reform has been brutally criticized by the Davis campaign and has swayed even the most conservative of voters. The poll also says that Kansas voters tend to believe the tax cuts implemented under Brownback have mostly hurt (43 percent) rather than helped (36 percent) the state’s economy.

This lead is in light of the release of attack ads on the "strip club controversy" involving a drug raid in 1998 where Davis was found with a "nearly naked woman."

Regarding the lead in the poll, Mark Dugan, the campaign manager for Brownback said in an email:

"Look, there are polls that show this race all over the place. But one thing is crystal clear from every single poll – there is massive movement in voters supporting Sam Brownback and his vision for the future of Kansas. Paul Davis’ support is flat and voters are rejecting his failed Obama/Davis agenda."

The Fox News pollsters explain the shift this way:

Support for Davis among Democrats dropped from 91 percent in September to 82 percent, and backing from independents increased for Brownback from 27 percent last month to 36 percent. In addition, Brownback’s support among men increased 10 points in the new poll since September.

Sixty-three percent of Kansas likely voters disapprove of Obama’s job performance, which makes this his worst job rating of the five battleground states tested this week.