Democrat-Turned-"Independent" In Kansas Gets Senate Boost 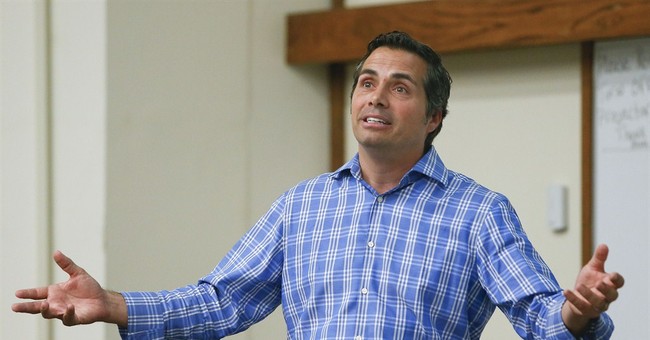 A few bits of news in Kansas have turned the race gloomy for incumbent GOP Sen. Pat Roberts. He's locked in a tight battle with "independent" politician Greg Orman. Orman, who had been a registered Democrat until 2014, previously had to contend with a Democrat on the ballot in a three-way race, but a Kansas court ruled that the Democrat could legally remove himself from the race.

A district court in Kansas ruled Wednesday that the state Democratic Party is not required to appoint a Senate candidate to replace former nominee Chad Taylor, dealing a fresh, if not unexpected, blow to Sen. Pat Roberts (R), who is fighting to keep his job in one of the closest races in the country.

Taylor dropped out of the race last month and Republicans had hoped to force Democrats to replace him on the ballot. A Democrat on the ballot could pull some anti-Roberts votes that would probably otherwise go to the senator's main opponent, independent candidate Greg Orman.

A new poll shows Orman up by five points on Roberts in a head-to-head race.