GOP on Immigration: No "Special" Path To Citizenship 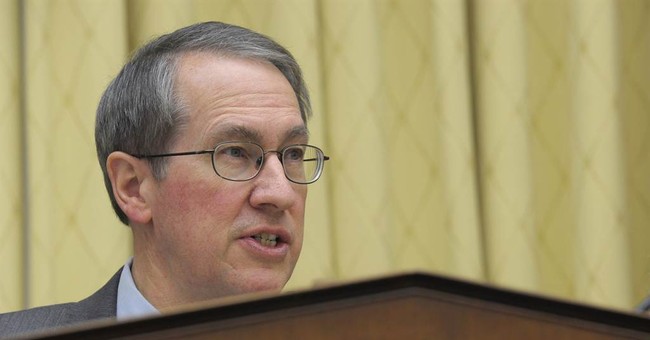 Chairman of the House Judiciary Committee Rep. Bob Goodlatte (R-Va.) said at a town hall meeting Monday that the GOP might be open to "a legal status" but that "a special path to citizenship" may not be appropriate.

Goodlatte has said that immigrants could get a legal status short of citizenship and from there using the existing pathways of family or employment ties to eventually obtain citizenship. And he criticized advocates for citizenship, saying they've been standing in the way of other reforms as they hold out for their goal.

"The folks who want to have a path to citizenship have held everything else hostage," Goodlatte said. "Now we want to say, 'Look we understand what you want but we think a legal status in the United States but not a special path to citizenship might be appropriate'" once steps including border security have been accomplished.

Goodlatte's comments underscored the tough road ahead for Congress in agreeing to a compromise immigration bill, one of Obama's top second-term priorities.

This comes on the heels of a huge illegal immigration bust in Arizona, where border enforcement authorities discovered hundreds of illegal immigrants who either worked at or were customers of a local car wash. Despite this, pro-illegal immigrant groups are pushing President Obama to be lenient with deportations.

Even as Capitol Hill lawmakers debate whether to move on an immigration bill this year, many immigrant-rights advocates are lobbying Mr. Obama to halt all deportations, and they have picked several cases to make a stand.

Even though the Obama administration has granted explicit or implicit stays of deportation to many of them, it is planning to deport about 400,000 immigrants this year. That means about 40,000 immigrants will be deported during Congress‘ summer vacation.

Speaker John Boehner has repeatedly said that the Senate immigration plan that passed earlier this year will not get a hearing in the House. The House will take up piecemeal legislation that will take on immigration one policy at a time.