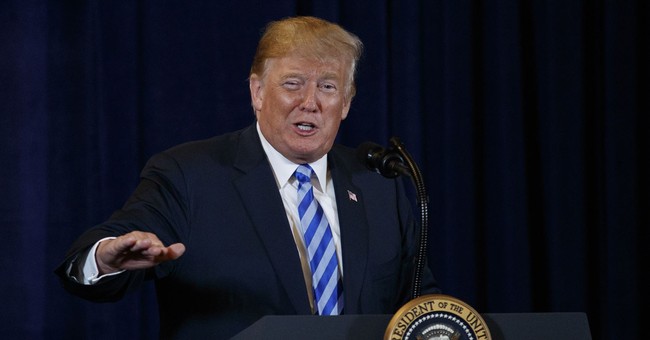 Over 100 newspapers will be publishing anti-Trump editorials on Thursday, August 16th. This is not mere happenstance, but by design.

President Trump's war on the media is not new.

The Boston Globe has orchestrated over one hundred newspapers to publish anti-Trump editorials in response to his attack on the media in which he has called the press the “enemy of the people.”

“The American Society of News Editors, the New England Newspaper and Press Association and other groups have helped her spread the word,” reported CNN Money.

"We propose to publish an editorial on August 16 on the dangers of the administration's assault on the press and ask others to commit to publishing their own editorials on the same date," the Boston Globe said in its pitch to other newspapers.

Marjorie Pritchard, Deputy Editor or the Globe’s commentary section, told CNN that as of Saturday they had over 100 newspapers on board and expected that number to continue growing.

Rather than each newspaper printing the same thing, each publication will publish a unique op-ed. This was a significant part of the pitch to other outlets.

"The impact of Trump's assault on journalism looks different in Boise than it does in Boston. Our words will differ. But at least we can agree that such attacks are alarming,” wrote Pritchard.

In recent weeks President Trump has been accused of speaking to reporters less, limiting opportunities for questions, and increasing his usage of damaging language against journalists.