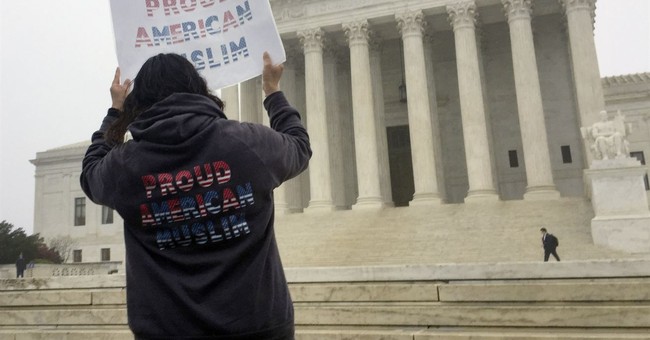 Huge wins at the Supreme Court today regarding the President's travel ban and protecting freedom of speech for pro-life pregnancy care centers. The Constitution and common sense prevail once again! #SCOTUS

One conservative judge made the difference between keeping our country safe & opening us up to security vulnerabilities. I'm committed to putting conservative judges, like Justice Gorsuch, on the bench, who will honor & uphold our Constitution. #SCOTUS https://t.co/hzisAMKAHp

I have been vocal in supporting @POTUS @realDonaldTrump's executive orders to temporarily limit travel from six nations. The President has the authority to make these decisions, and I'm again pleased with today's #SCOTUS ruling. https://t.co/UOeykUraQC #AZ05

This was never a ban on Muslim refugees, only a travel restriction on countries who threaten the security of American lives! Thank you Supreme Court for not entertaining the lies of the liberal elite who continually manipulate the intentions of @POTUS. https://t.co/kZKfiQY6oq

Groups like the American Center for Law and Justice also chimed in.

“The decision by the Supreme Court reflects what we have argued from the very start – the Proclamation is squarely within the scope of Presidential authority and represents a tremendous victory in ongoing efforts to defend and protect America,” said Jay Sekulow, Chief Counsel of the ACLJ, which filed an amicus brief in the case. “The President must be permitted to take the actions necessary to safeguard this nation and we’re delighted that the Supreme Court found the Proclamation to be constitutional."