Did You Catch What the White House Didn't Say About Justice Clarence Thomas? 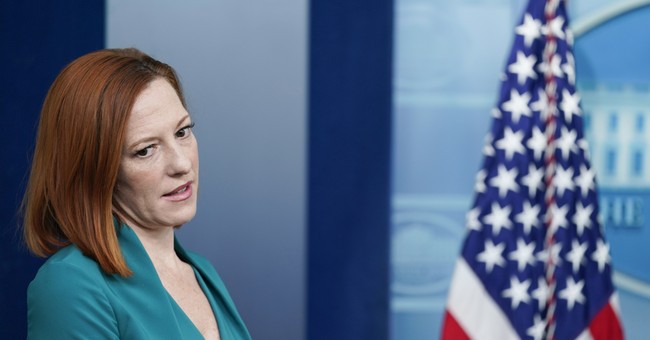 Over the weekend the Supreme Court announced Justice Clarence Thomas had been hospitalized for an infection.

"Justice Clarence Thomas was admitted to Sibley Memorial Hospital in Washington, D.C., on Friday evening after experiencing flu-like symptoms. He underwent tests, was diagnosed with an infection, and is being treated with intravenous antibiotics," the Court said. "His symptoms are abating, he is resting comfortably, and he expects to be released from the hospital in a day or two. Justice Thomas will participate in the consideration and discussion of any cases for which he is not present on the basis of the briefs, transcripts, and audio of the oral arguments."

President Joe Biden didn't release a statement about the situation. Neither did the White House generally.

During the daily briefing on Monday, Thomas' health was only addressed by Press Secretary Jen Psaki when prompted by a reporter.

It's clear the White House had no plans to send Thomas well wishes unless asked about the situation publicly.

As #KBJ’s confirmation hearing continues, take a moment to remember then-Chairman Biden’s treatment of Clarence Thomas during his own hearing 30 years ago. #CTstorieshttps://t.co/4EMj82WCts

Thomas is reportedly on the mend, feeling better and will be back at the Supreme Court soon.