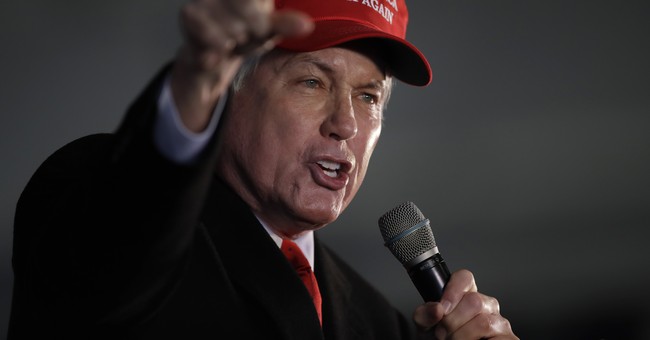 Speaking to Fox News host Tucker Carlson Monday night, 18-year-old Kyle Rittenhouse revealed his original attorneys, Lin Wood and John Pierce, stranded him in jail while raising millions of dollars off of his cause.

"Lin Wood was raising money on my behalf, and he held me in jail for 87 days, disrespected my wishes, put me on media interviews which I should never have done. Which he said, 'Oh, you're going to go talk to the Washington Post,' which was not a good idea. Along with John Pierce, they said I was safer in jail instead of at home with my family," Rittenhouse said. "It was very long. I lost a lot of weight in there."

"Eighty-seven days of not being with my family for defending myself and being taken advantage of, being used for a cause by John Piece and Lin Wood," he continued, saying he didn't have running water and was unable to shower while incarcerated. "Trying to raise money for their own benefit, not to set me free."

- leaving him in jail for 87 days
- separating him from his family
- using him as a cause
- disrespecting his wishes
- setting up irresponsible media interviews
- raising money for their own benefit pic.twitter.com/H197gUDFHA

Meanwhile, Rittenhouse's current counsel is working to secure bond funds raised by Wood and Pierce. According to the Chicago Tribune, Wood is claiming the money belongs to his group.

With the ink barely dry on his acquittals, Kyle Rittenhouse is expected to face another legal battle soon over the $2 million bail posted after his arrest.

Rittenhouse’s attorneys filed a motion shortly after the verdict, arguing that the money should be given to the teenager because it was raised on his behalf.

Another party, however, thinks the money belongs to them and staked their claim to it even before Rittenhouse’s attorneys did.

The Fightback Foundation — an organization run by right-wing lawyer Lin Wood — filed a motion shortly after the verdict Friday asking that the money be refunded to that group. The seven-figure amount, however, was posted by Rittenhouse’s former attorney John Pierce and included contributions that Rittenhouse’s mother, Wendy, helped collect.

In September, a foundation lawyer wrote a letter to Kenosha Circuit Judge Bruce Schroeder, who presided over Rittenhouse’s case, saying the money should be returned to Wood’s organization at the trial’s end. The letter states that Pierce was “an agent” of the organization when he posted the money, but no longer had any ties to the group.

“Accordingly, the $2,000,000 shall be returned to the Fightback Foundation,” attorney Xavier Solis wrote.