Pentagon Clarifies Whether U.S. Military Dogs Were Left to Die in Afghanistan 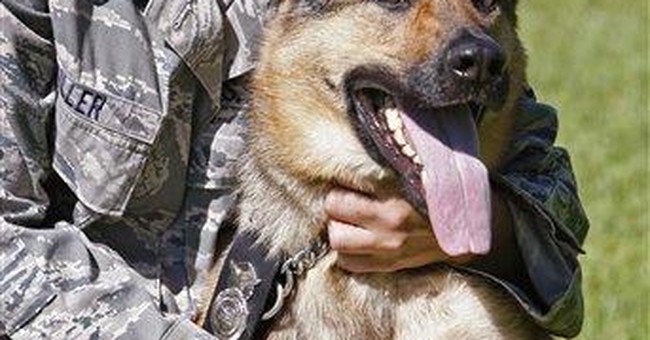 According to a believable narrative, they are the dogs that were forcefully let out of their cages by the US military before their last plane left. Those dogs, around 50 trained MWD from contactors! and additional rescue dogs were cared for by Charlotte from KSAR.

as US military did not allow any other animal than active MWD on their evacuation planes. Charlotte and carers entered the airport last Thursday I believe with all dogs, cats were turned away and have been taken care of turned away rescue staff (not just KSRA) in the meantime.

Not going into the clusterfu** details that went on between entry day and last flight out, but in the end the dogs were denied transport and let out by the military to fend for themselves. Charlotte refused to board a flight herself and stayed. Communication has been scarce.

Which isn't surprising due to security, resources and ever changing circumstances. I am sure that Charlotte and affiliated people and organisations, on the ground and remote, will do their utmost to not just re-assemble and work on solutions but will report in details, once safe.

The Pentagon is responding to reports the United States left behind a number of military working dogs at Hamid Karzai Airport in Kabul after abruptly leaving Afghanistan on Monday.

"To correct erroneous reports, the U.S. Military did not leave any dogs in cages at Hamid Karzai International Airport, including the reported military working dogs. Photos circulating online were animals under the care of the Kabul Small Animal Rescue, not dogs under our care," Pentagon spokesperson John Kirby said Tuesday.

On Monday evening the American Humane Society accused the U.S. government of leaving the dogs behind.

“I am devastated by reports that the American government is pulling out of Kabul and leaving behind brave U.S. military contract working dogs to be tortured and killed at the hand of our enemies.  These brave dogs do the same dangerous, lifesaving work as our military working dogs, and deserved a far better fate than the one to which they have been condemned. This senseless fate is made all the more tragic, as American Humane stands ready to not only help transport these contract K-9 soldiers to U.S. soil but also to provide for their lifetime medical care," American Humane CEO Robin Ganzert released in a statement.

"American Humane has worked hand in hand with the military for more than 100 years to rescue military animals. In fact, our famed rescue program began on the bloody battlefields of WWI Europe, at the request of the U.S. Secretary of War. Since that time, American Humane served as a pioneer in the development of animal therapy for returning veterans, and today brings home retired military working dogs and pairs veterans with life-saving service dogs," she continued. "As the country’s first national humane organization and largest certifier of animal welfare in the world, it sickens us to sit idly by and watch these brave dogs who valiantly served our country be put to death or worse."