Biden Gets Asked About Leaving Americans in Afghanistan and...Laughs 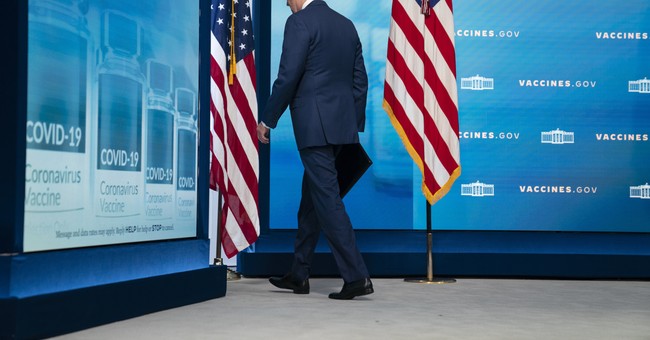 UPDATE: White House Press Secretary Jen Psaki was asked about the incident during the daily briefing.

During a meeting with his Cabinet at the White House Wednesday about cyber security, President Joe Biden was asked about Americans stranded in Afghanistan past the August 31 exit deadline and whether they will be left behind when the U.S. military departs the country.

I asked President Biden what he will do if Americans are still in Afghanistan after the 8/31 deadline.
His response: “You’ll be the first person I call.”
Took no questions. pic.twitter.com/MlyFIayrMZ

Reporter: “What will you do if Americans are still there after the deadline?”

During remarks at the White House Tuesday, Biden turned his back and walked away as reporters asked questions about the fate of Americans stranded in the country.

Joe Biden refused to answer questions again and turned his back when asked if he‘ll guarantee every American will be saved before our last troops leave. Think of how infuriating that must be for worried citizens with family stuck in Afghanistan. pic.twitter.com/cljE4XYNLv

Meanwhile, Secretary of State Tony Blinken confirmed Wednesday afternoon 4500 Americans have been evacuated from the country and approximately 1000 remain. He did not address how the State Department plans to find the Americans whose passports were confiscated and destroyed at Taliban checkpoints outside of the airport.

But who was enrolled has been known for many months. https://t.co/gqS85s5mTa

Afghanistan is no typical foreign country. It’s not France or Germany.

The overwhelming majority of Americans who go to Afghanistan enroll with the Embassy.