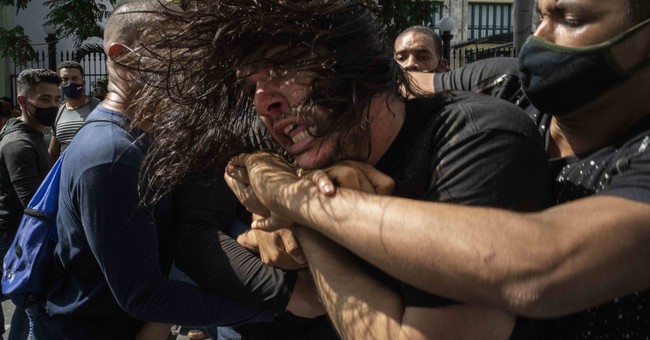 "I unequivocally condemn the mass detentions and sham trials that are unjustly sentencing to prison those who dared to speak out in an effort to intimidate and threaten the Cuban people into silence. The Cuban people have the same right to freedom of expression and peaceful assembly as all people. The United States stands with the brave Cubans who have taken to the streets to oppose 62 years of repression under a communist regime," Biden released in a statement. "Today, my Administration is imposing new sanctions targeting elements of the Cuban regime responsible for this crackdown—the head of the Cuban military and the division of the Cuban Ministry of the Interior driving the crackdown—to hold them accountable for their actions. This is just the beginning–the United States will continue to sanction individuals responsible for oppression of the Cuban people."

It is notable Biden is using the term communist to describe Cuba's government. When the violence against Cuban citizens started two weeks ago, the Biden Administration avoided using the term for nearly a week. Instead, officials blamed the uprising on a lack of vaccines and said Cubans were disappointed with the "mismanagement" of the economy.