The 60 Minutes Smear of DeSantis Keeps Getting Worse 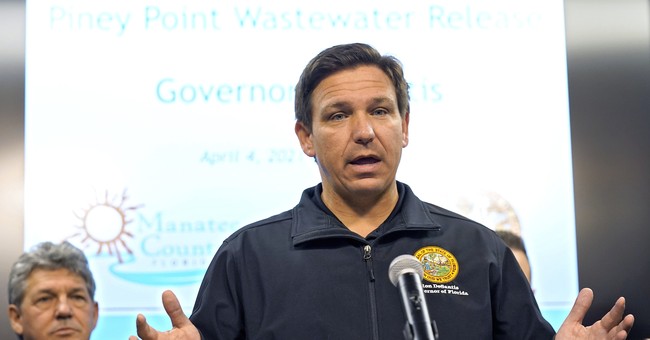 The facts behind the development of a recent and totally false 60 Minutes piece about Florida Governor Ron DeSantis keep getting worse.

First, the CBS News program deliberately edited footage in an effort to "prove" DeSantis was involved in a pay-to-play scheme with vaccine distribution at Publix grocery stores.

This is remarkably damning. One of the most absurdly misleading 60 Minutes clips I’ve ever seen. https://t.co/i9vsC49LIR

Then, Democrat Mayor of Palm Beach County Dave Kerner said he believes 60 Minutes intentionally clipped DeSantis out of context to push a narrative.

"I watched the 60 Minutes segment on Palm Beach County last night and feel compelled to issue this statement. The reporting was not just based on bad information -- it was intentionally false. I know this because I offered to provide my insight into Palm Beach Country's vaccination efforts and 60 Minutes declined. They know that the Governor came to Palm Beach County and met with me and the County Administration and we asked to expand the state's partnership with Publix to Palm Beach County. We also discussed our own local plans to expand mass vaccination centers throughout the county, which the Governor has been incredibly supportive. We asked and he delivered. They had that information, and they left it out because it kneecaps their narrative," Kerner said. "We have confronted this pandemic for over a year. Our residents, like a Americans, are tired. And the media is making it worse. They are hellbent on dividing us for cheap views and clicks. 60 Minutes should be ashamed."

Publix, at the center of the false pay-for-play accusation, defended DeSantis.

Now, another prominent Florida Democrat in the state is saying he told 60 Minutes their story line was total "bullsh*t" and they ran with it anyway.

I did speak with @60Minutes. Never said I didn’t. They were very nice, but I told them that the @publix story was “bullshit”. Walked them through the whole process.The fact that I didn’t sit down on “camera” because I am responding to a 100 year emergency doesn’t change the truth https://t.co/G7QNsV42V5

Worse, 60 Minutes is standing by their "reporting" and claiming they took DeSantis out of context for the sake of "clarity."

60 Minutes didn't "use a portion" of his answer. They edited together two parts of the same answer to make it sound like he was saying something he wasn't. Everyone involved has to go. https://t.co/PSaRGEYbeH