Should These Trump Rally Demographics Worry the Biden Campaign? 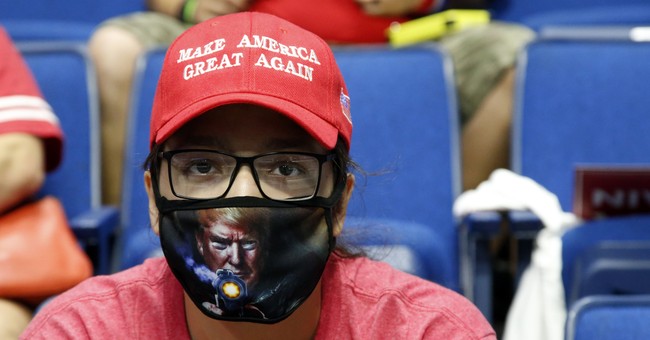 We're just 15 days away from the 2020 presidential election and President Trump is wasting no time on the campaign trail. This week he'll hold rallies in four different states: Nevada, Arizona, North Carolina and Pennsylvania.

WOW! Thank you ARIZONA! Departing Nevada now, and will see you all soon. Together, we are going to MAKE AMERICA GREAT AGAIN! https://t.co/gsFSgh2KPc pic.twitter.com/x4UKcXH7fr

Not calling “a lid” - here is #TeamTrumps travel schedule over the next 48 hours! #WorkEthic

The demographic make up of who is attending these rallies should concern the Biden campaign. A significant number of attendees are Democrats or new voters.

Nevada is fired up for @realDonaldTrump!

Nearly 4 years since he took office, and @realDonaldTrump is still drawing new voters.

Wisconsin helped put @realDonaldTrump over the top in 2016, and data from the Janesville rally shows an even broader base of support: